The Way of the lighthouses stages

Home/The Way of the lighthouses stages

The Way of the lighthouses stages

The Costa da Morte (Coast of death) in the Atlantic Europe is without any doubt one of the most spectacular landscapes of Galicia (Northwest of Spain). One of the best ways to discover this destination is walking along the coast,  following different lighthouses known as the Way of  the lighthouses : Camino dos Faros.  Those lighthouses guided during decades ships and boats that plied these dangerous waters. Walking by the Atlantic Ocean from one lighthouse to the next one. This will be such a different way to discover the Costa da Morte.

Walking in Galicia: the Way of the lighthouses

It is a walking route of about 200 km in Galicia, north Spain, from the town of Ponteceso to the well-known Finisterre Cape. From the start, you will fall in love with the way of the lighthouses, for its colors and the landscape, but in particular, for the ocean, the Atlantic Ocean would overwhelmed anyone with its beauty.

Arrival in A Coruña or Santiago de Compostela

Arrival on your own to A Coruña or Santiago de Compostela. You should enjoy one of these cities before you start your six days tour walking surrounded by wild nature, cliffs, the ocean smell and loads of light would take you to the end of the world:  Finisterre.

The first stage of the Way of the lighthouses – Camino dos Faros: Ponteceso – Laxe is about 25kms. During this stage, you will also have the opportunity to discover and visit two of the Megalithics remains: Dombate Dolmen and the Bormeiro Meghalitic fort settlement. 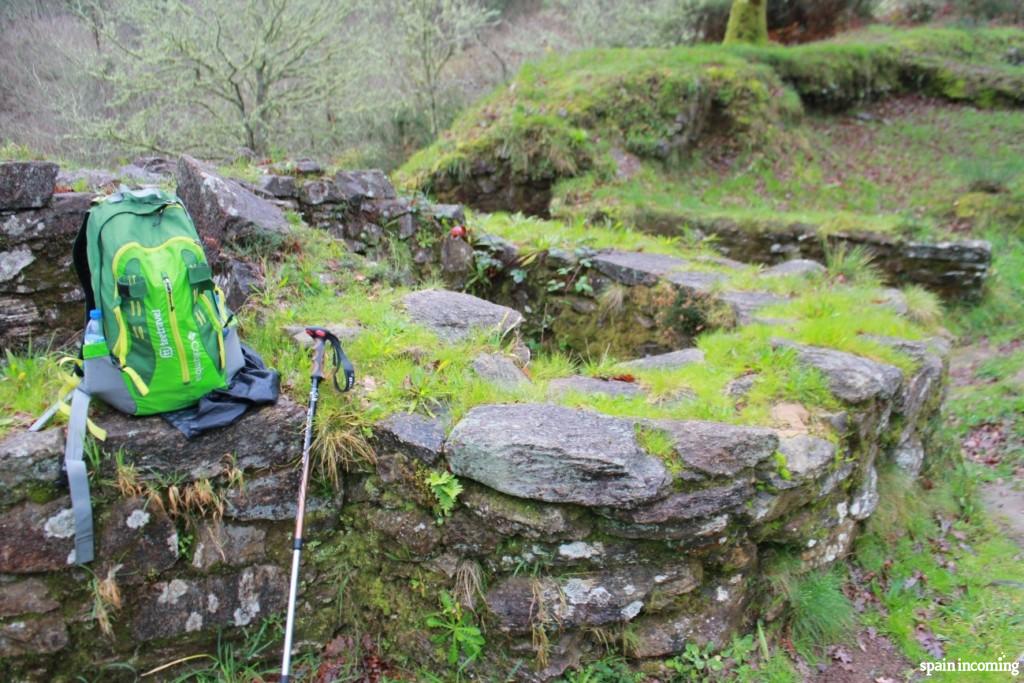 The path also takes you to the surmount Castelo de Lourido, the highest point in this Way of the Lighthouses also known as Camino dos Faros, with 312 altitude meters. From here, it is possible to enjoy the best panoramic view of Corme and Laxe Estuaries. 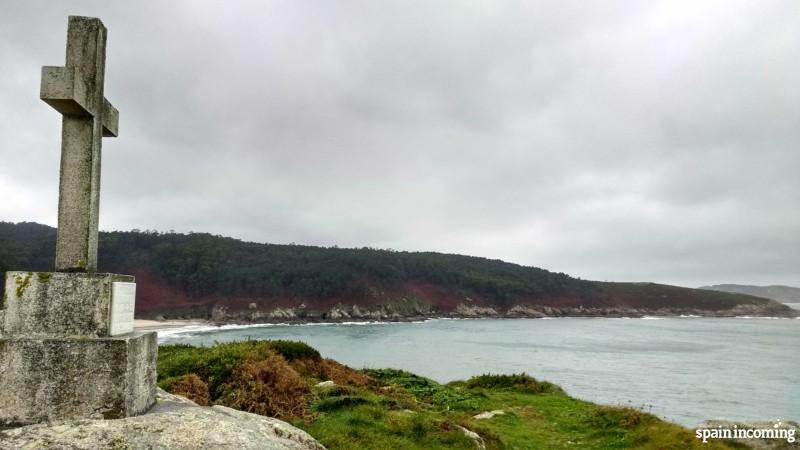 The way of the lighthouses – coast

On the second day, we recommend to stroll around the Laxe’s Port and I visit the Saint Maria da Atalaya Church. 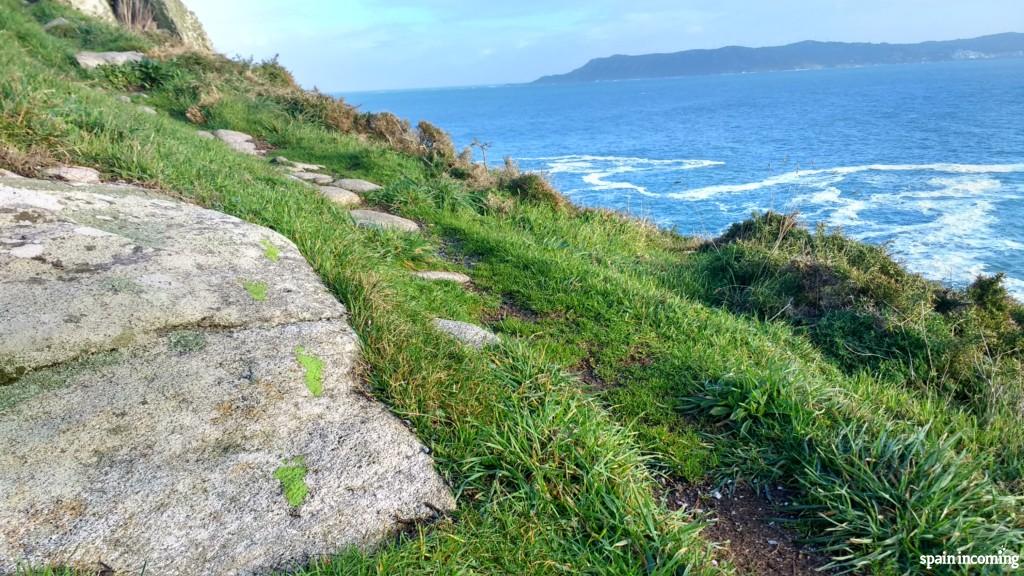 The way of the lighthouses – stage Laxe – Arou

Gradually, you will reach Camelle, a small town that once was the home of Man, a German tourist that fall in love with this small part of the world and its Ocean. He arrived in Camelle in the 60`s and never left and became a hermit. Man dedicated most of his life making pieces of art out of the ocean. 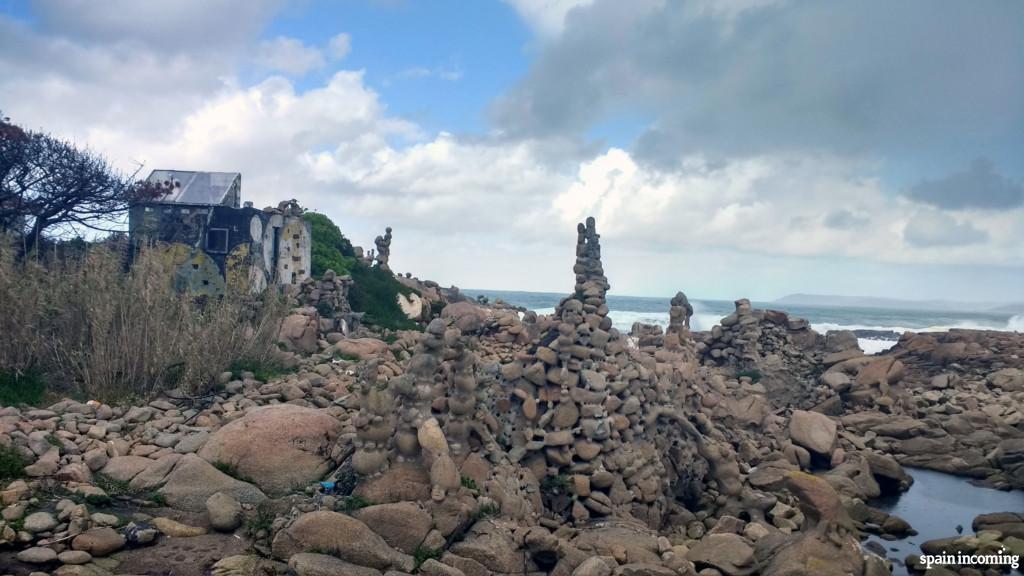 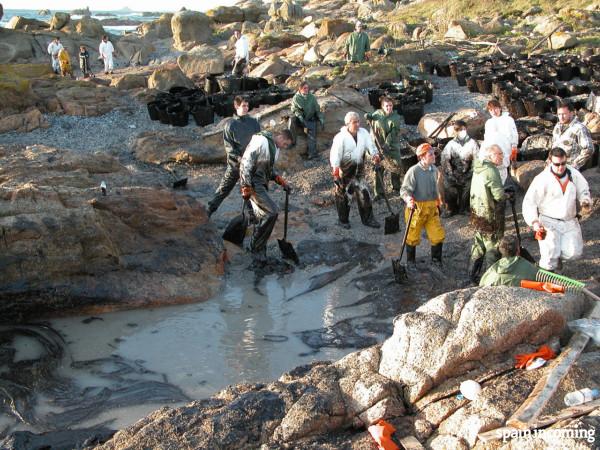 The way of the lighthouses – stage Laxe – Arou

Gradually, you will reach the Laxe Lighthouse and the sculpture named “A Espera” (The wait – in Galician language), dedicated to the memory of the women of this land that constantly looked to the ocean to see if their lovers would ever come back, without any certain that they will make it back  home safe. Arou the end of todays’ stage 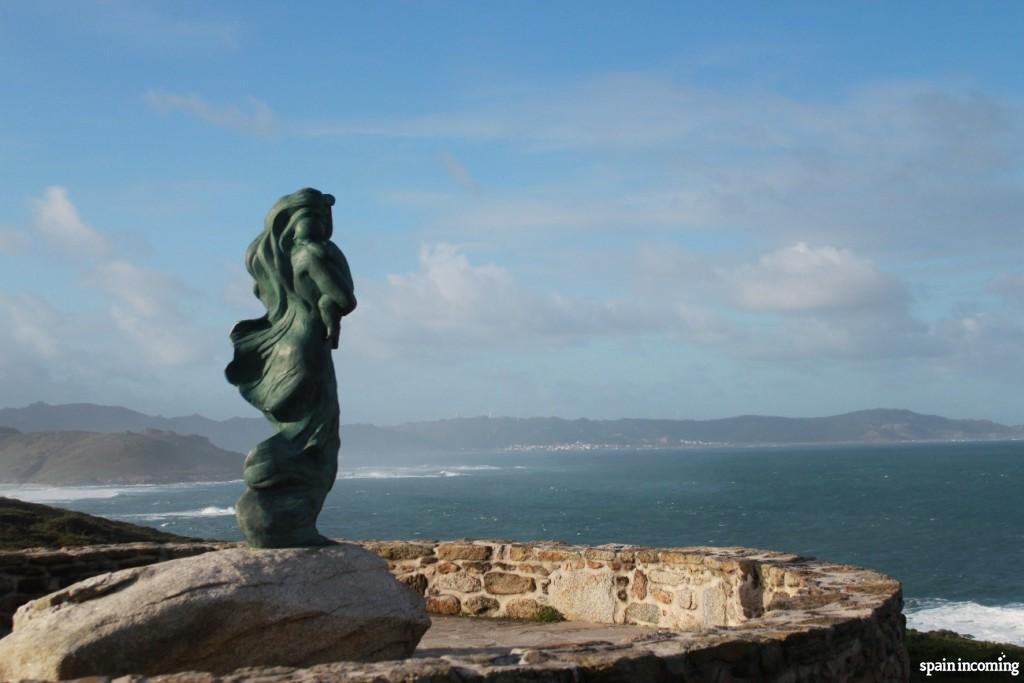 The way of the lighthouses – a Espera sculpture

Today’s walk will take you  the English’s Cemetery, one of the most emblematic spots of the Way of the lighthouses. 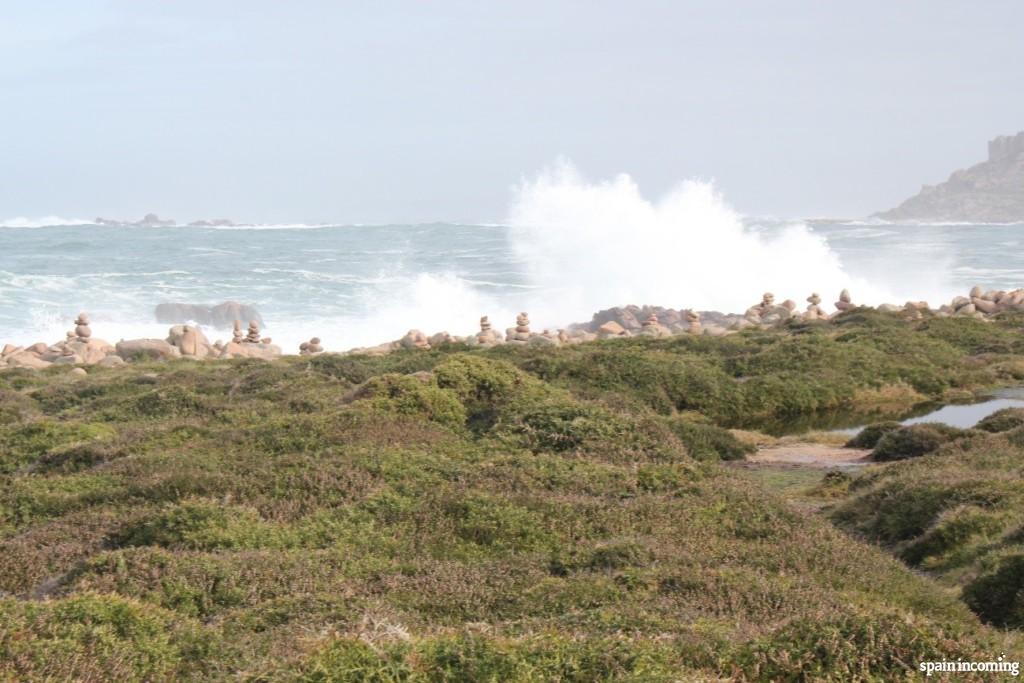 On the XIX century, on this particular area of the coast, three big shipwrecks took place and left a mark, the name and legend of this Coast, sadly connected with death. The Iris Hill, the Tinacria and the Serpent sank by this point. The Serpent was the most dramatic one. It was a ship from the English Crown that on the fateful night of November 10th of 1890 sank in Boi Point. Miraculously,  three men of the 175 on board survived. 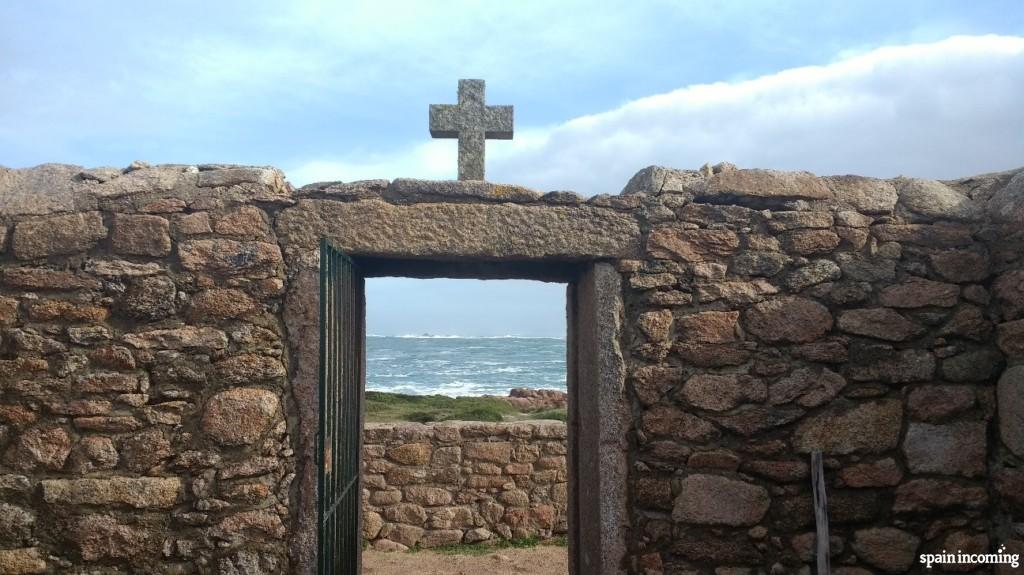 After this terrible success, coastal traffic security measures were implemented to avoid more incidents. One of those improvements was the construction of the Vilan Lighthouse, next stop on along your Way of the Lighthouses. 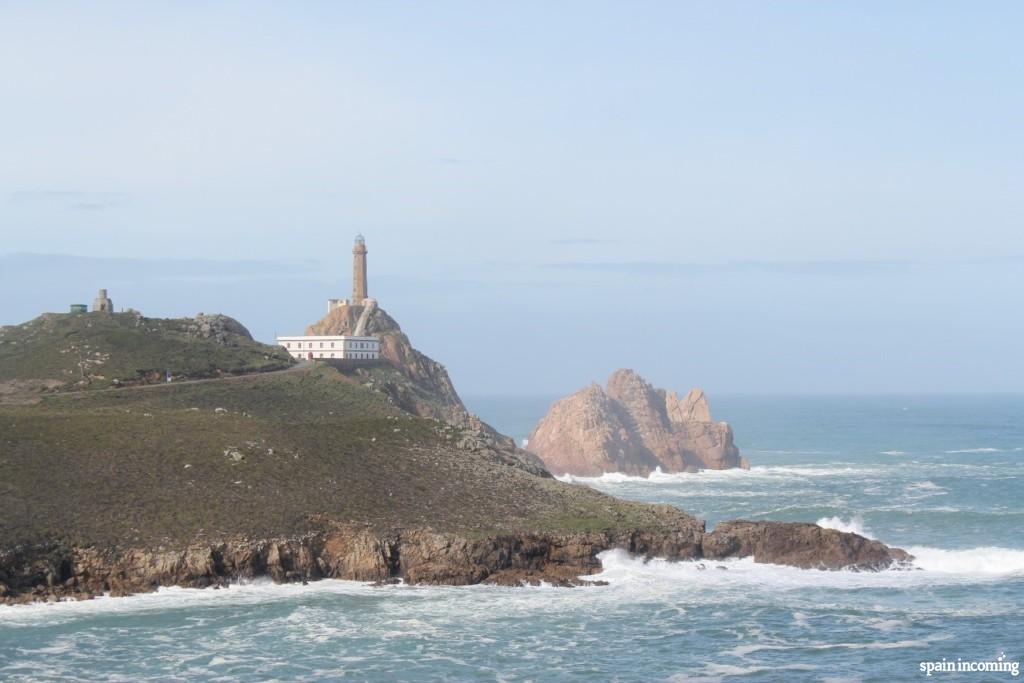 On your arrival to the town of Camariñas, you can admire the village women “palillando” the famous “encaixe de bolillos”, an ancestral tradition of bobbin lace making. I stop myself to admire the small boats on the seaport and I try to comprehend how life on the sea can be especially in a dangerous and fierce one like this. 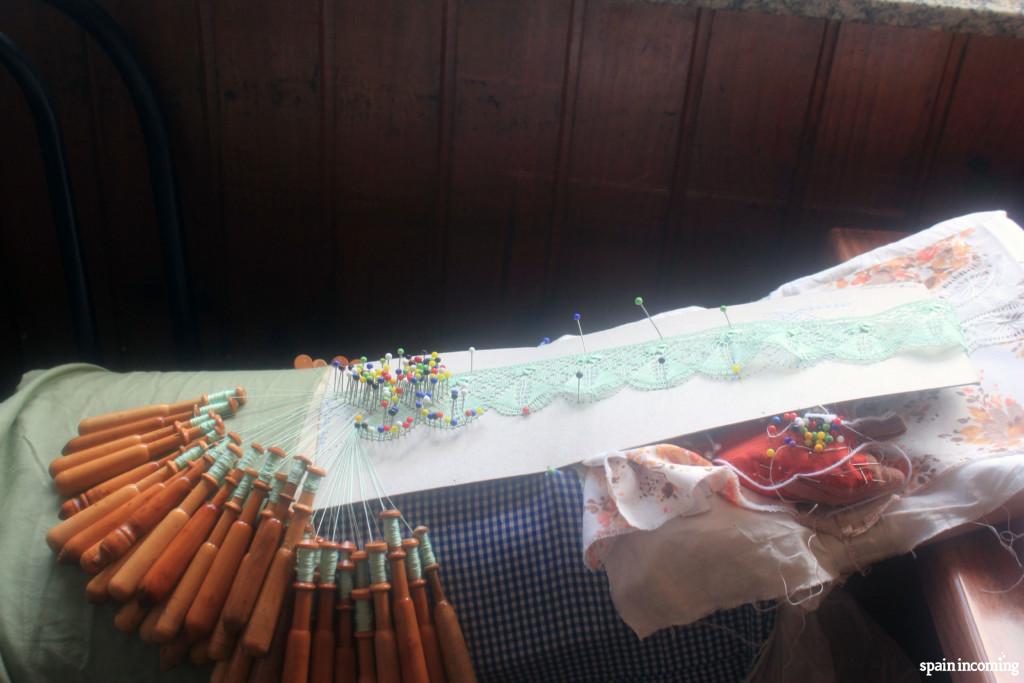 The longest stage of the Camino dos Faros but also the flattest one is the one that follows the Camariñas estuary ending in Muxía. The estuary landscape is quite different from the cliffs: definitely, the waters here are calmer. I also take time to enjoy the seafood that these waters bring us. 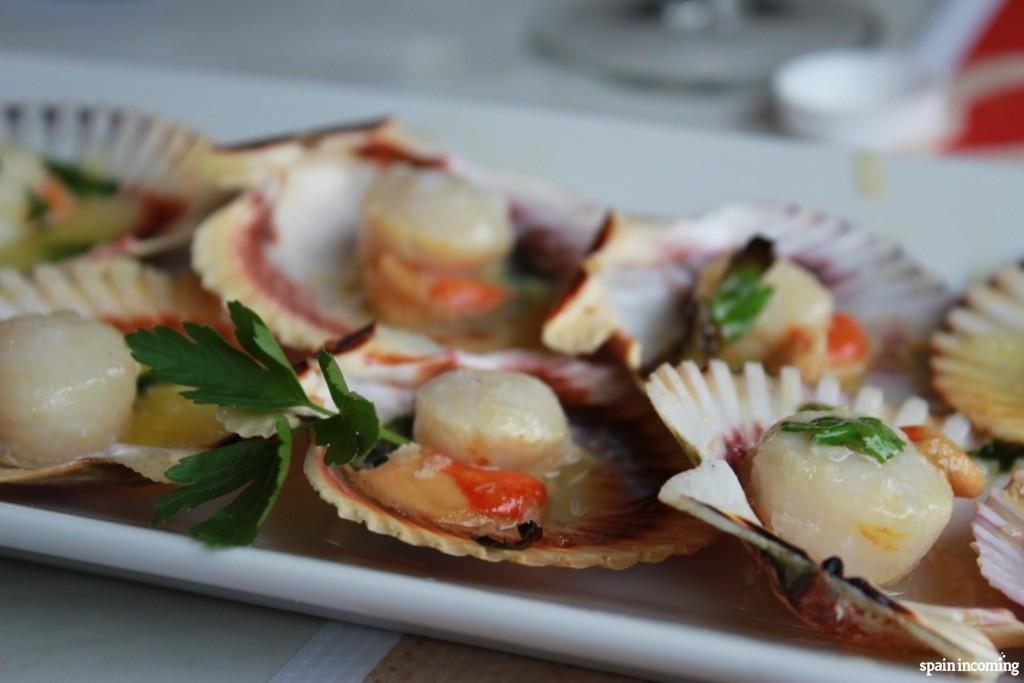 Once you reach Muxía, you must stop and visit the Virxe da Barca Sanctuary, where you will discover the history and legend of this mistical place and learn a lot about its magical stones. 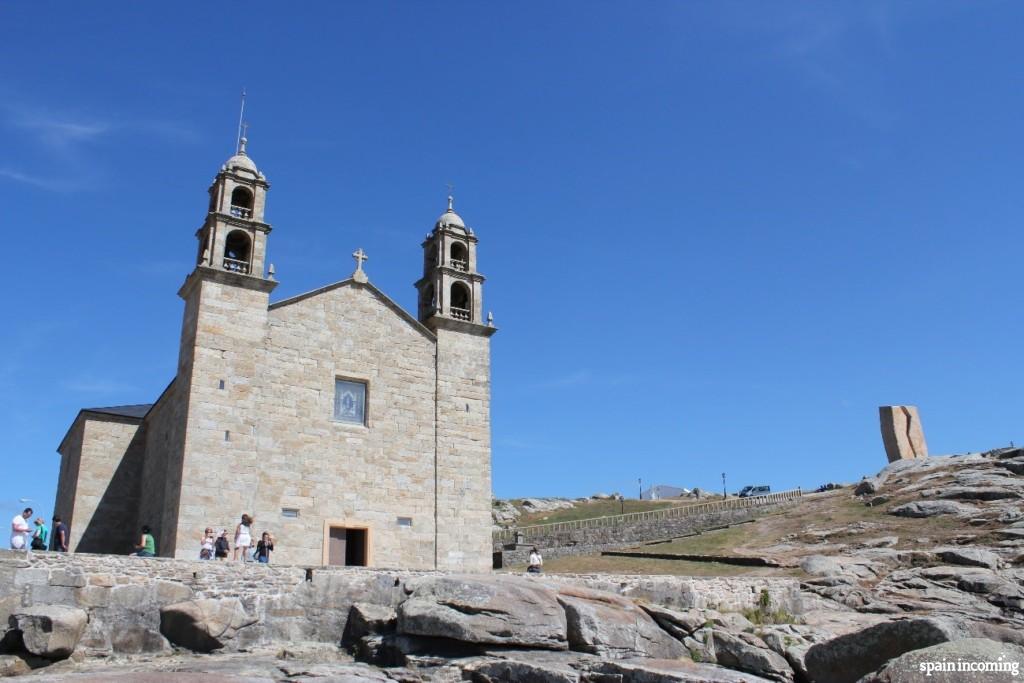 You will leave Muxía behind and keep follwing the path to your next stop: Lires. 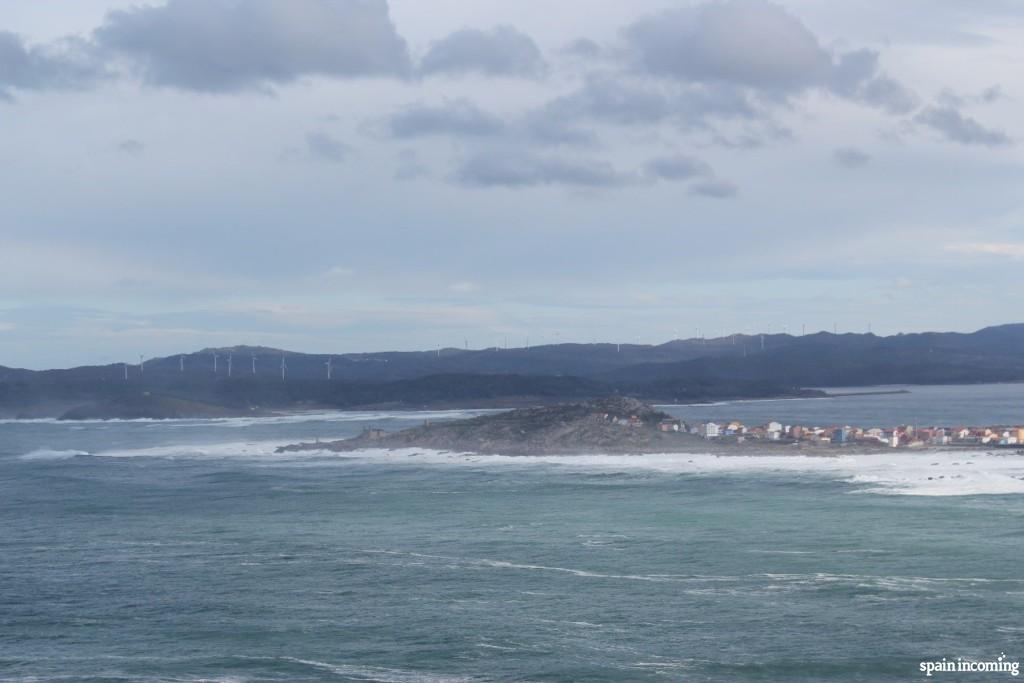 Step by step you will reach the Touriñán lighthouse, the most occidental point of the Spanish Peninsula. 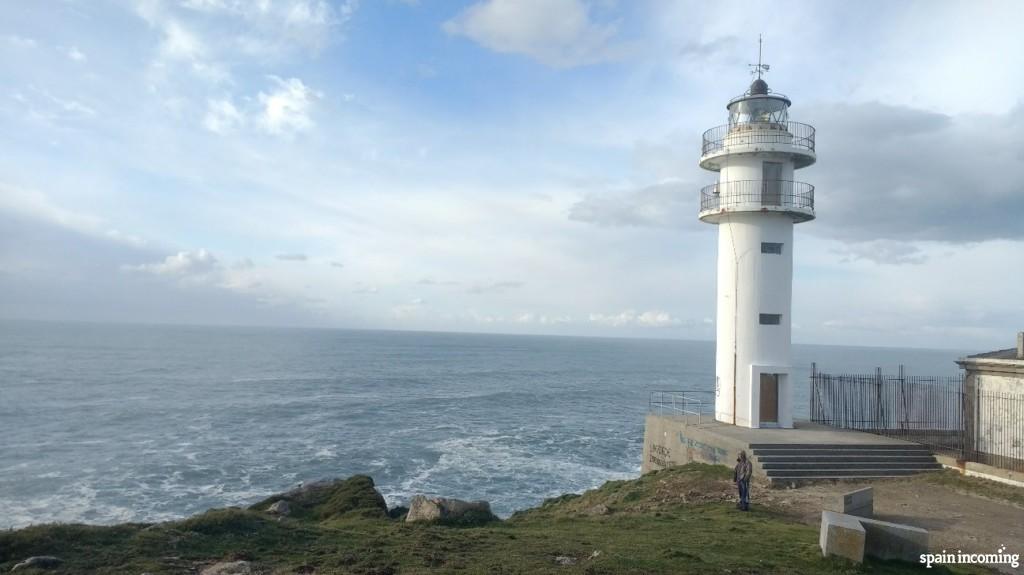 Your Way of the lighthouses is about to end in the the iconic End of World : the Finis Terrae for the romans. Before reaching this point, amazing cliffs and endless beaches like the Rostro beach with the sound of the waves as a soundtrack will be your companions. 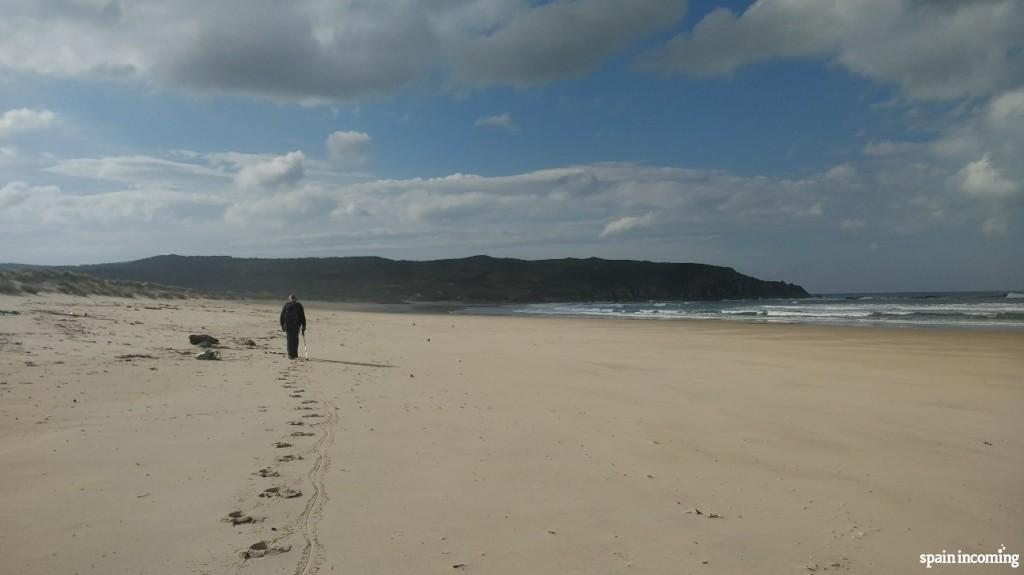 Finally, you will get a glimpse of the last lighthouse of this route, the Finisterre Lighthouse. I keep going up and once I reach it I decide to stay to contemplate the sunset as many others walkers and pilgrims  made for centuries. The sound of the ocean, an ever-present sound on this trip will make you smile again. Thanks to the Camino dos Faros for such an experience! 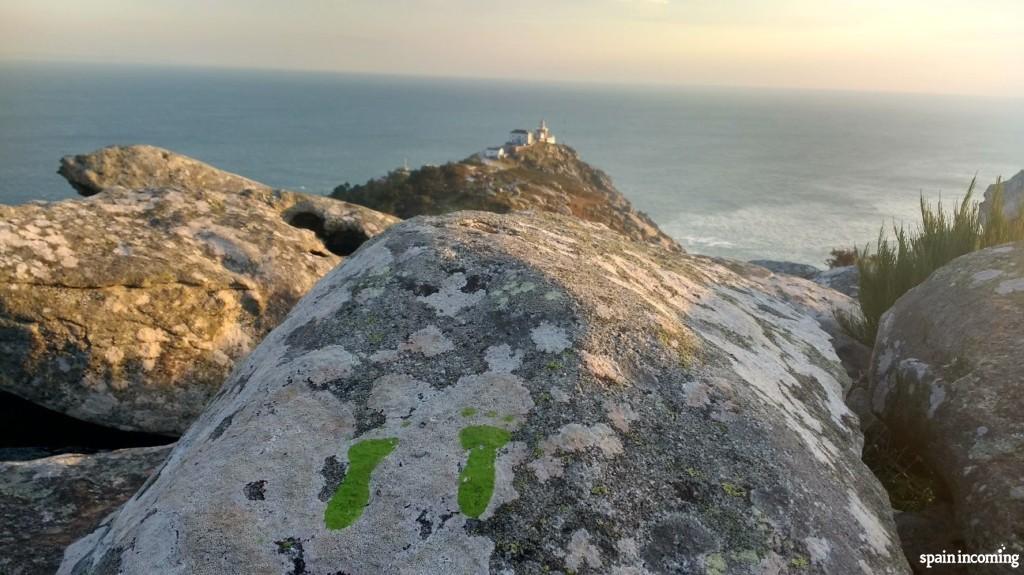 In Spain Incoming as walking and cycling experts we offer this tour also as a cycling tour, you will have the chance to cycle along the way of the lighthouses amazing tour. We offer it for slow, fit or epic cyclists!! We will send you a free tour proposal.