The Camino de Santiago can start anywhere even though there are some preferred starting points. However,  there is a meeting point where French Way, Primitive Way, North Way or Vía de la Plata come together:  Monte do Gozo in Santiago de Compostela. In addition, today Monte do Gozo has even been named to as the Hyde Park. Read on!

Origins of Monte do Gozo

Meaning of Monte do Gozo

The name in Spanish Monte del Gozo , in French Mointjoie ,deriving in galician as Monxoi, means Hill of Hoy and named by pilgrims who, when arriving at this point, a hill of 380m high above the sea level, exclaim “Qué Gozo” that means something like “What a delight”. They felt such a joy because, from there, they could catch a sight of the Cathedral Towers for the first time since they have started their pilgrimage. 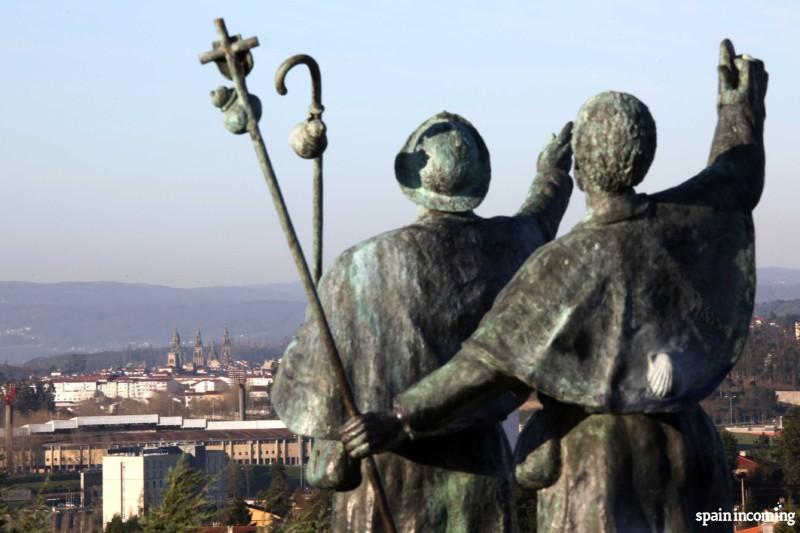 Monte do Gozo: glimpse of the Cathedral Towers

We need to go back to the Medieval times to know more about this mountain name. The “The Codex Calixtinus” (manuscript of the 12th Century considered the first and most famous guide of the Camino de Santiago.) mentions Monte do Gozo as Mons Gaudii. Famous Sanctuaries as Rome or Jerusalem also use this term to refer to the points where their pilgrims can glimpse their sacred places for the first time.

Monuments at Monte do Gozo

Unfortunately, nowadays is not the same any more. Once pilgrims arrive to Monte do Gozo they cannot see the city of Santiago de Compostela or the towers of the cathedral but a lush forest of eucalyptus. They will find instead a commemorative monument of the Pilgrimage of the Pope Juan Pablo II to Santiago de Compostela. 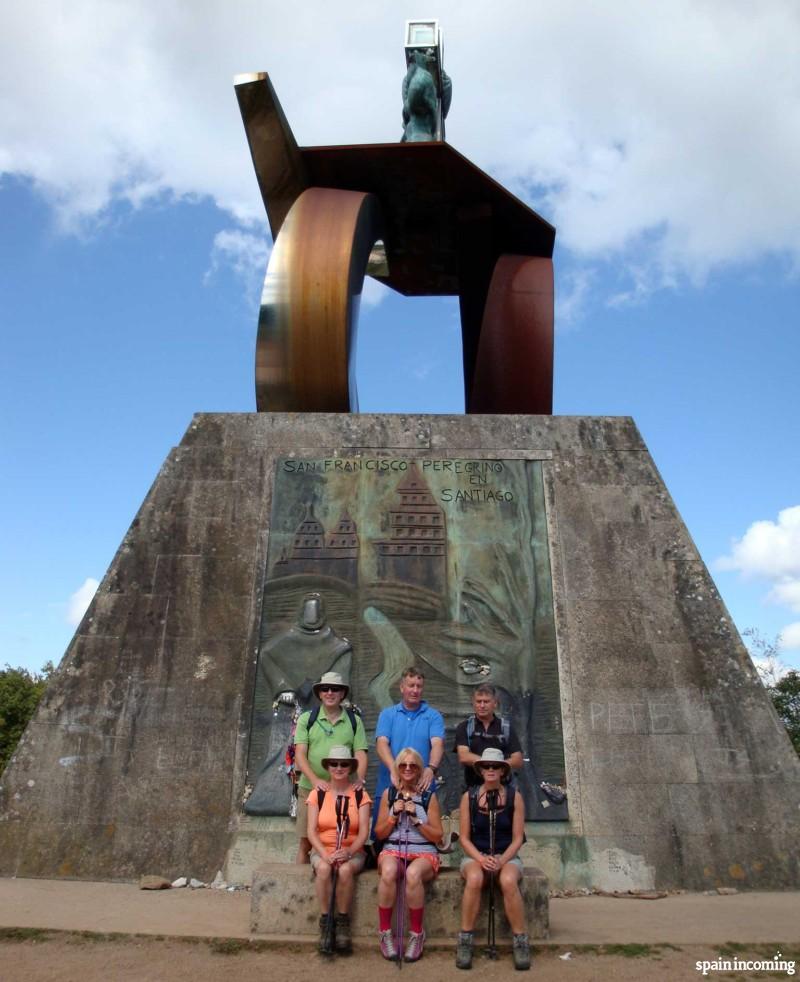 Consecuently, to get that first sight of the Cathedral, Pilgrims must take a detour of 600m (1200m to go and return) away from the original route to reach the Pilgrims’ statue from where they will they admire the Cathedral for the very first time.

Monte do Gozo: glimpse of the Cathedral Towers

Made of two giant pilgrims pointing the Santiago de Compostela Cathedral. It was built in the 1993 Holy Year and was design by the Galician sculptor Acuña.

How to arrive to the Pilgrims’ statue

Not only for enjoying the views of Santiago de Compostela for the very first time but also for enjoying this piece of art designed by the Galician sculptor Acuña in the 1993 Holy Year.