Located in the centre of the Iberian Peninsular, this autonomous community includes the provinces of Albacete, Ciudad Real, Cuenca, Guadalajara and Toledo. It covers an area of 79,463 km² and has a population of 2,115,334 inhabitants (figures from 2011). The capital city of the autonomous community is Toledo, which is also home to the regional government. The official holiday is 31 May.

Its geography contains two clearly differentiated types of landscape: plains and mountains. Castilla-La Mancha has two natural reserves: the National Reserve of Cabañeros, which is situated between the provinces of Toledo and Ciudad Real, and the Natural Reserve of Las Tablas de Daimiel in the province of Ciudad Real. Its historical and monumental heritage is one of the region’s main tourist attractions. The old towns of Toledo and Cuenca were designated World Heritage Sites by the UNESCO. The autonomous community is known all over the world thanks to the adventures of Don Quixote, the character created by the quill of Miguel de Cervantes. The Don Quixote Route is a tourist attraction that covers the main natural and cultural areas of Castilla-La Mancha. It has been designated a European Cultural Route by the Council of Europe and combines a voyage through literature with adventure and nature.

Along its 2500 km, the route has 10 sections and crosses 148 towns and villages as it visits the main natural and cultural areas of Castilla-La Mancha. Livestock trails, historical roads, riverbanks and disused railway platforms that lead to more than 2000 places of cultural interest and a score of natural attractions in the five provinces of Castilla-La Mancha.

Interest in winegrowing, wineries and gastronomy means that Castilla-La Mancha is an ideal place for those who are attracted by wine and the wine world. It also has a wide range of products with Designations of Origin, including Manchego cheese, the great selection of wines from La Mancha (Valdepeñas, etc.), honey from La Alcarria (a “gift of nature”), olive oil (“the authentic elixir of Mediterranean cuisine”), aubergines from Almagro and purple garlic from Las Pedroñeras, all of which are signs of identity.

This is one of the Spanish cities with the largest number of green areas: Park of Abelardo Sánchez, Park of La Fiesta del Árbol, the Botanical Gardens and the Park of La Pulgosa on the outskirts. Its monuments include buildings and places such as the Provincial Museum, the Palace of the Provincial Council, the Cathedral of San Juan Bautista, the Town Hall Building and the Cultural Centre of La Asunción.

Situated in the natural district of El Campo de Calatrava, it has monuments of particular interest: Cathedral of Nuestra Señora del Prado (originally a Romanesque shrine), Church of San Pedro, House of El Arco (the first Town Hall building of Ciudad Real), Town Hall Building, Palace of the Provincial Council, Gate of Toledo, Church of Santiago, Hospital of La Misericordia (currently used as the office of the Vice Chancellor of the University), Palace of Medrano and the Bishop’s Palace. Its most important festivals include Holy Week.

This town has an important collection of historical and architectural heritage around its old town area, albeit focused on buildings such as the Cathedral or the Hanging Houses, which have become a symbol of the town. It also has a good number of museums. They include the Museum of Spanish Abstract Art, the Science Museum of Castilla-La Mancha and the Museum of Cuenca. Its main cultural events include Holy Week and the Religious Music Week.

Situated in the Valley of the River Henares. Its architectural heritage includes the Palace of Los Duques del Infantado, a civil building started in European late-Gothic style and finished in Renaissance style; the Palace of Antonio de Mendoza; the Palace of La Cotilla; the Town Hall Building; the Palace of the Provincial Council; the church of Santiago el Mayor; the Co-Cathedral of Santa María and the convent of San Francisco.

Positioned on the right-hand bank of the River Tagus, the town of Toledo is known as “The Imperial City” owing to the fact that it was the main seat of the court of Charles V, Holy Roman Emperor. It is also known as “The City of Three Cultures” owing to the fact that it was populated for centuries by Christians, Jews and Moslems. Toledo was designated a World Heritage Site by the UNESCO in 1987. Its monuments and places of interest include the Castle of San Servando, the Cathedral of Santa María, the Monastery of San Juan de los Reyes, the synagogue of Santa María la Blanca, the church of San Ramón, the Archbishop’s Palace, the Museum of El Greco, the synagogue of El Tránsito, the Alcazar (a fortress built on rocks), the Mosque of Tornerías and the bridge of Alcántara. 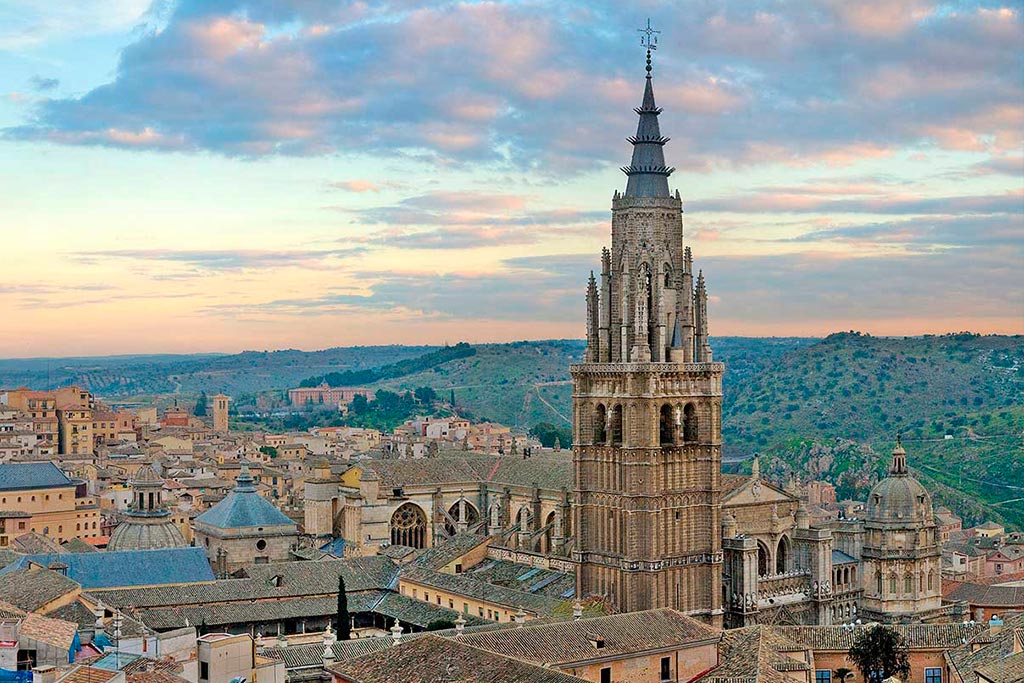 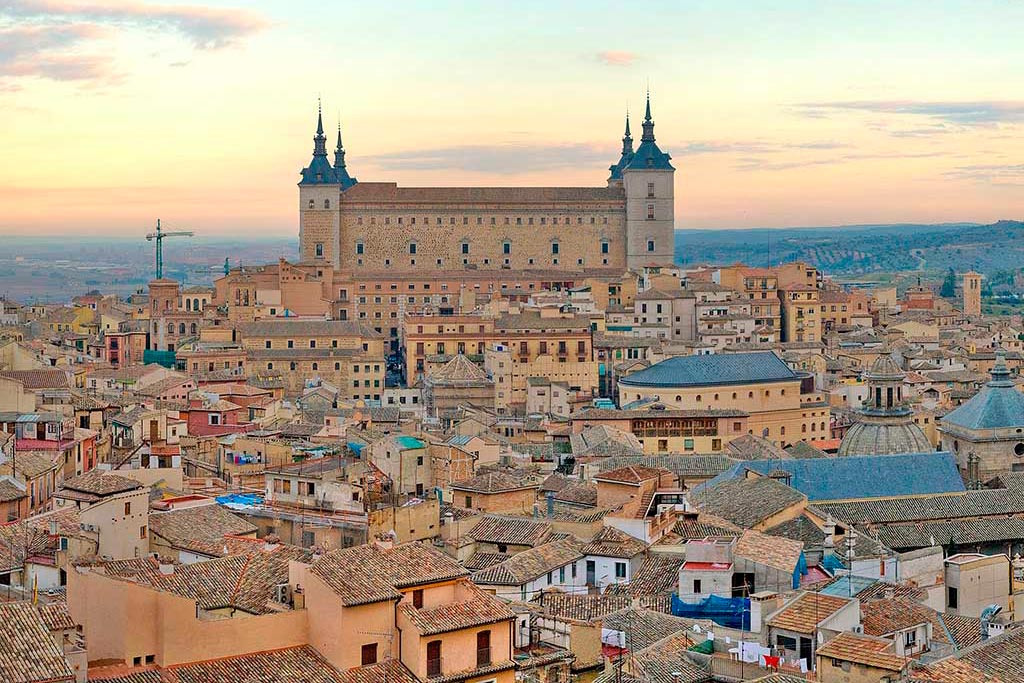 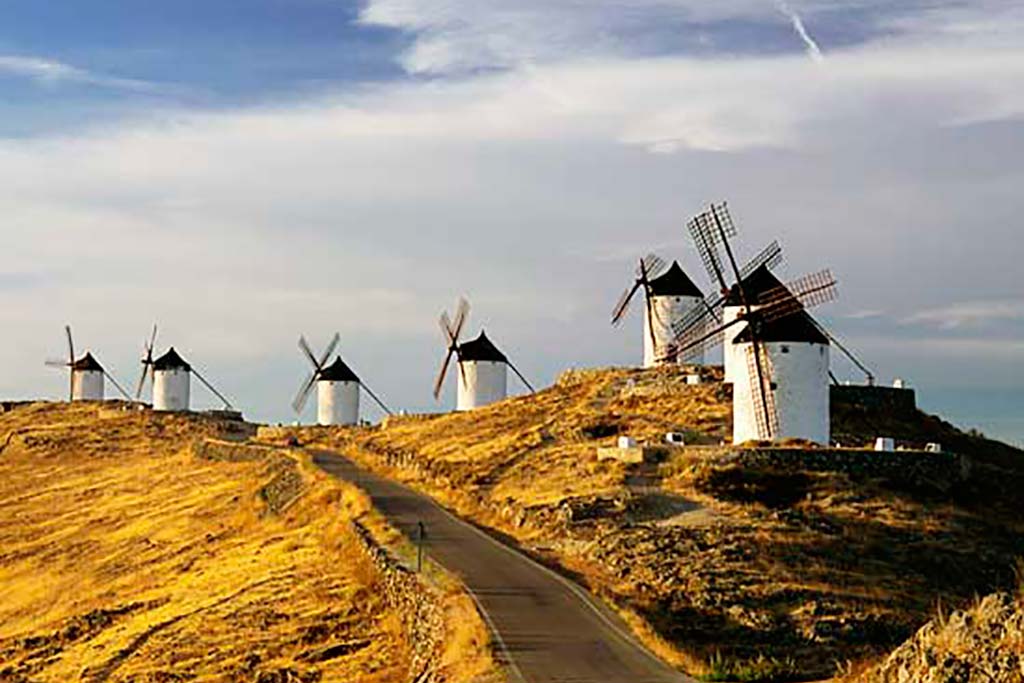 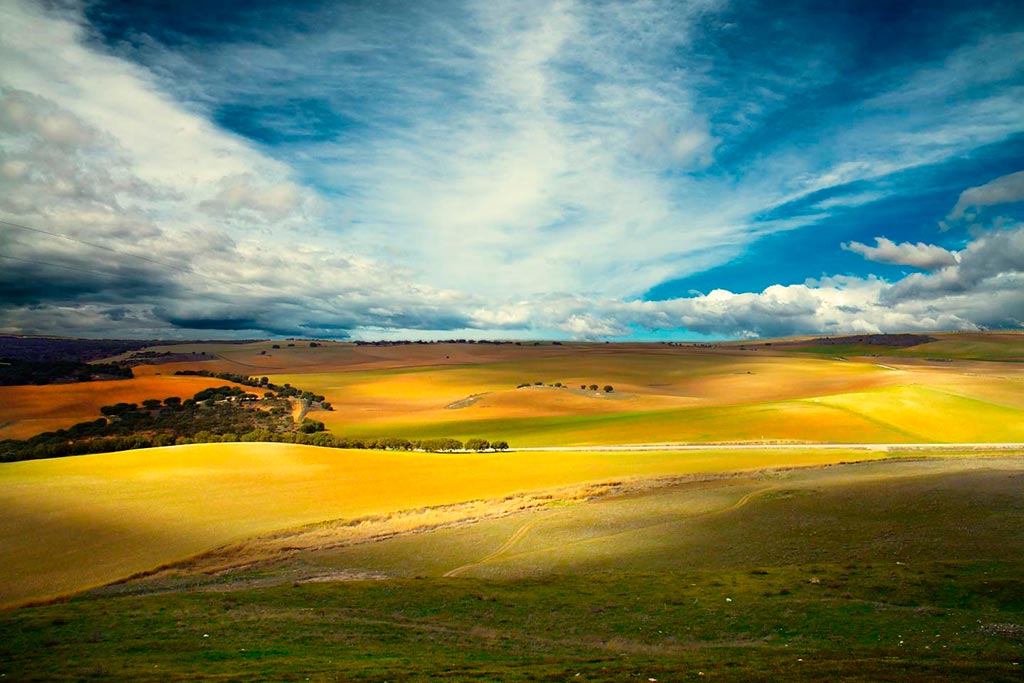