This autonomous community has one single province and is situated in the centre of the Iberian Peninsula. It covers an area of 8021 km² and has a population of 6,489,680 (figures from 2011). The most populated municipalities in the community are Madrid, Móstoles, Alcalá de Henares, Fuenlabrada, Leganés, Getafe and Alcorcón. Tourism has become one of the booming businesses in the region. The Autonomous Community of Madrid has an important historical and artistic heritage as well as a wide variety of options for culture, museums and leisure. The so-called business tourism (fairs and congresses, etc.) has also grown notably.

The region has three World Heritage Sites: the Monastery and Royal Site of San Lorenzo de El Escorial, the Cultural Landscape of Aranjuez and the University and Historical Enclosure of Alcalá de Henares.

Alcalá de Henares is a reference location for culture and tourism.  It is the birthplace of Cervantes and one of the most beautiful Castilian towns. It is a must-see for visitors on the outskirts of Madrid. Travelling to this town is tantamount to seeing one of the most beautiful historical-artistic collections in Spain. Thanks to the historical enclosure and the office of the Vice-Chancellor of the University, this town is one of the nine towns and cities in Spain that have been classified as unique by the UNESCO.

Chinchón is one of the most picturesque and characteristic towns in the Autonomous Community of Madrid and, even though it is close to the Spanish capital, it has kept its uniqueness.

In the Sierra of Madrid, tourists can visit many pretty villages with good options for dining well: Rascafría, Miraflores de la Sierra and Manzanares, with a visit to the castle in Manzanares highly recommendable.

Capital of Spain (since 1561) and of the Autonomous Community, it is the largest and most populated city in the country (3,293,601 inhabitants at 1 January 2011). As the state capital, Madrid is home to the seats of government, the Parliament, ministries and institutions, as well as theresidence of the King and Queen of Spain.

It is an influential cultural centre and has museums of international importance. The group of Madrid museums located in the area near the Paseo del Prado and the Part of El Retiro is referred to as the Art Triangle or the Golden Triangle. The three points of the triangle are the Prado Museum, the Thyssen-Bornemisza Museum and the Museo Reina Sofía. The nerve centre of Madrid is the Puerta del Sol. It contains the point known as kilometre zero, opposite the Royal Post Office. This is the point from where all the radial roads in the country set off.

The plaza marks the beginning of 10 streets, which include Calle de Alcalá as it runs from Puerta del Sol to the northeast of the city. It also leads to Plaza de Cibeles, which is home to emblematic places such as the Cibeles Fountain, the Bank of Spain and the Communications Centre, which is currently the seat of Madrid City Hall. The street then comes to Plaza de la Independencia, which contains the Gate of Alcalá and an entrance to the Park of El Retiro. Mention must also be made of Calle Mayor. This street leads to Plaza Mayor (the main square of the city) and, continuing through the area known as the Madrid of the Austrias, we come to Calle Bailén, near the Cathedral of La Almudena. Other points of interest for tourists in Madrid include the Royal Palace, Plaza de Oriente, Plaza de España, the Royal Theatre, the Theatre of La Zarzuela and the Botanical Gardens. A whole world for visitors to see what the popular saying refers to: “From Madrid direct to Heaven”. 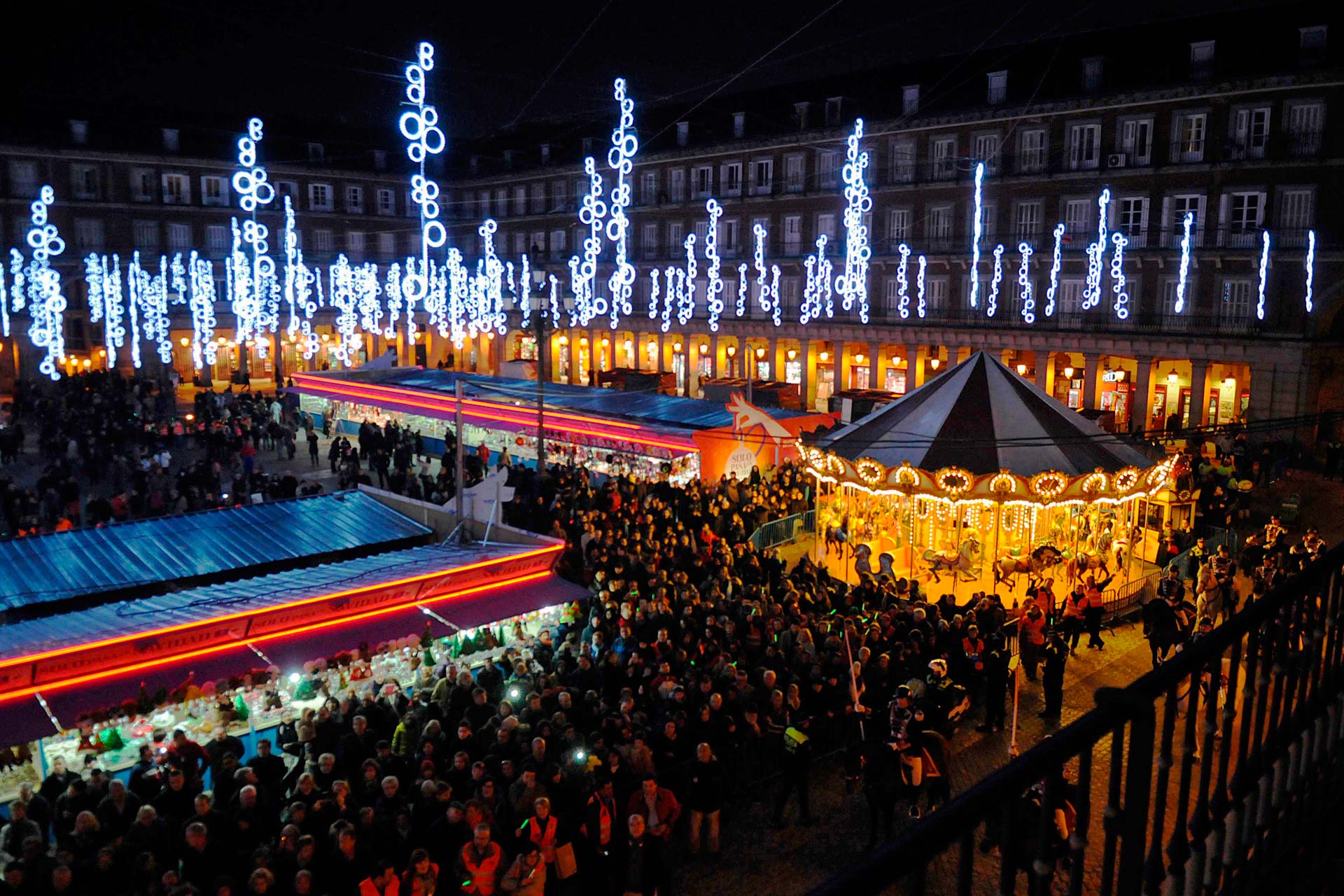 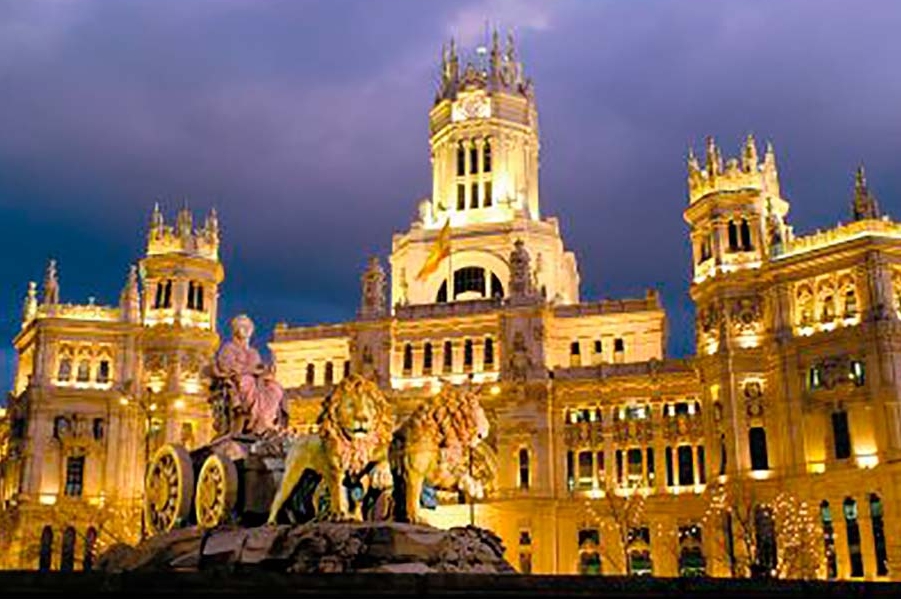 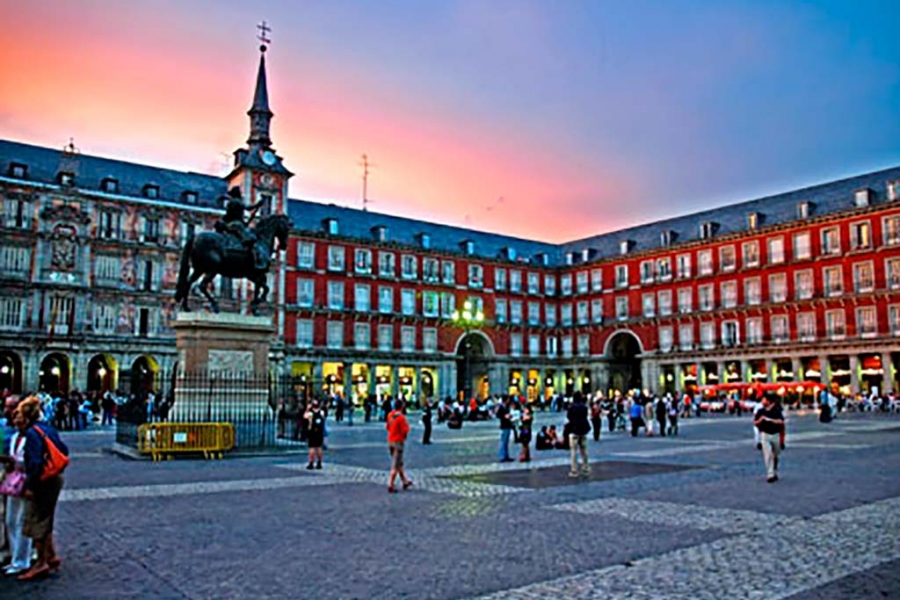 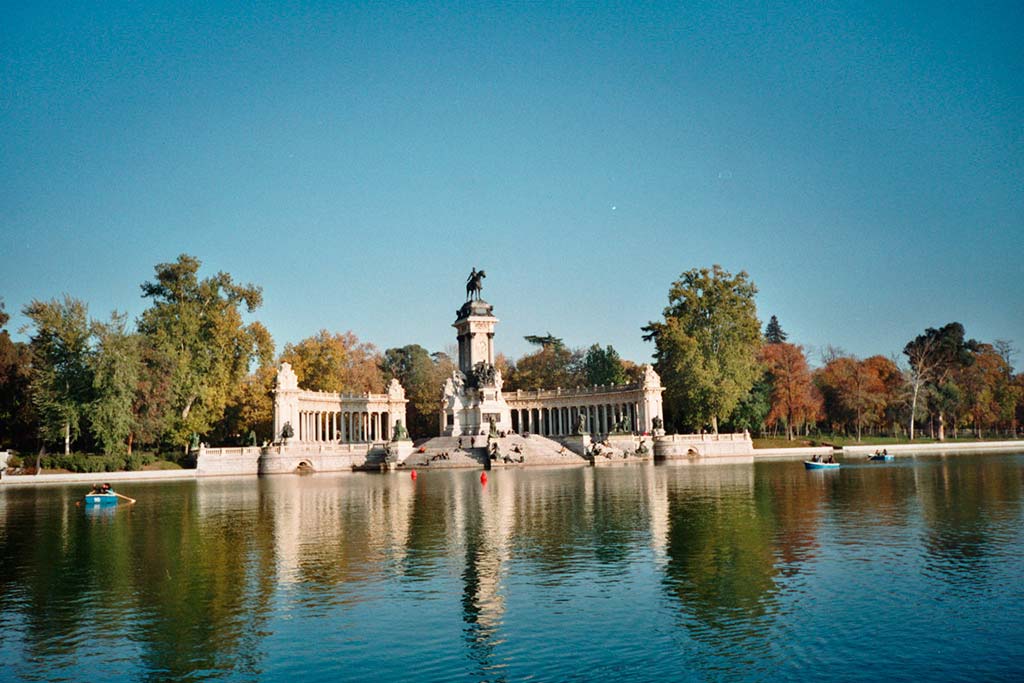 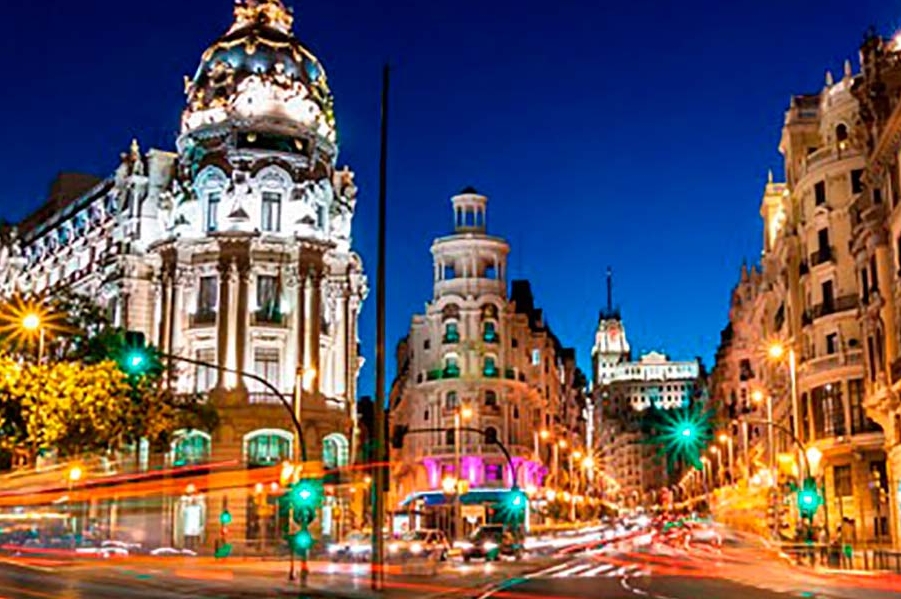 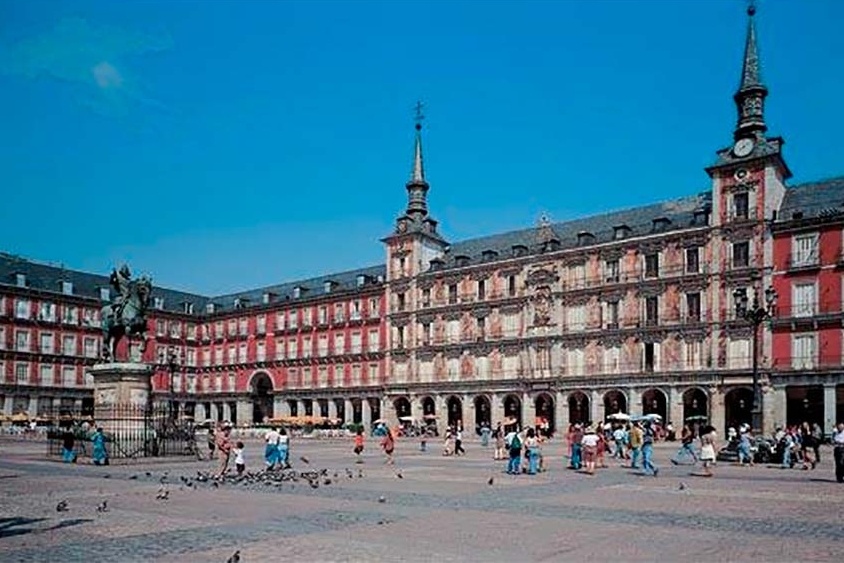