Situated in the Southwest of the Iberian Peninsula, this autonomous community is made up of the two largest provinces in Spain: Cáceres and Badajoz. It covers an area of 41,635 km² and has a population of 1,109,367 inhabitants (figures from 2011). It is a land of contrasts and is crossed by two of the largest rivers on the peninsula: the Tagus (which flows through Cáceres) and the Guadiana (which flows through Badajoz). Thanks to the rivers, the region has an agricultural sector of great quality and produces products such as paprika, tobacco and rice. The most populated towns and cities in the region are Badajoz, Cáceres, Mérida (capital of Extremadura and seats of government), Plasencia, Don Benito and Almendralejo. Extremadura has three World Heritage Sites, as designated by the UNESCO: the Old Town of Cáceres, the Archaeological Site of Mérida and the Royal Monastery of Nuestra Señora de Guadalupe.

The Silver Way runs through Extremadura and has been referred to as the Southern Way of St James. The Silver Way crosses Extremadura from north to south, starting in the Valley of El Ambroz on the border with Castilla y León and continuing to the region of the River Tagus, Cáceres and the towns and villages on the road to Mérida, which was the capital of the Roman province of Lusitania. The gastronomy of Extremadura is rich and varied. Its best-known delicacy is Iberian pork, which comes from pigs farmed using natural methods in holm oak forests, which give the meat its famous taste and texture. Another typical product of Extremadura is Torta del Casar (cheese made from sheep’s milk and vegetable rennet with a thick liquid interior, simply extraordinary). The fruit produced in Extremadura is also of great quality and reaches excellence on occasions, such as the cherries of El Jerte. The official holiday of Extremadura is 8 September.

Mérida offers itself to travellers as a very attractive town, mainly because of its Roman legacy. The ‘Archaeological Site of Mérida’ was designated a World Heritage Site by the UNESCO in 1993 on the basis of its important historical and monumental interest. Its most emblematic monument is the Roman Theatre, which is used as a stage for spectacular theatrical representations every summer. A few metres away, visitors can see the Roman Amphitheatre. Other monuments that are to be visited include the National Museum of Roman Art, an essential part of any visit to Mérida, the House of Mitreo and the House of the Amphitheatre, ancient residences from Roman times with mural paintings and mosaics in their rooms; the majestic Roman Circus, which has a magnificent Interpreting Centre.

Recommended visits: the Co-Cathedral of Santa María; Plaza Mayor; the churches of San Francisco Javier, Santiago de los Caballeros and San Mateo; the Palace of El Mayorazgo; the Palace of Los Golfines; the Palace of Los Condes de Abrantes; the Bishop’s Palace and the building of the Provincial Council. Extremadura shows signs of its Jewish culture, such as the pretty Jewish quarter in the towns of Hervás or Trujillo.

Places of interest: Plaza de España, the Cathedral of San Juan Bautista, the Municipal Palace, the building of the Provincial Council, Plaza de Cervantes and the House of El Cordón. 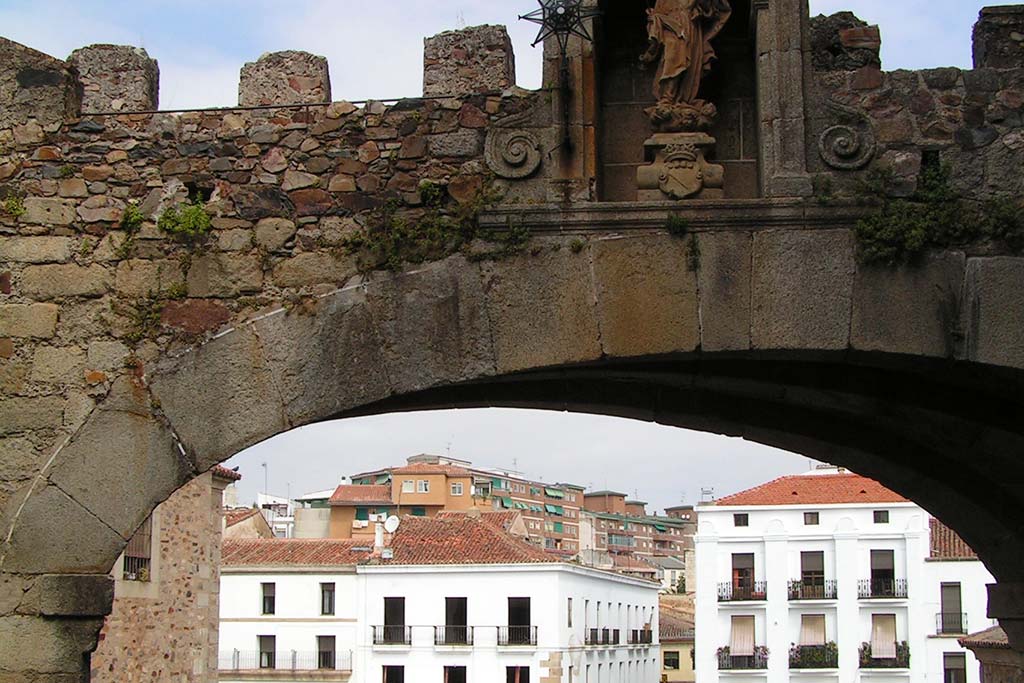 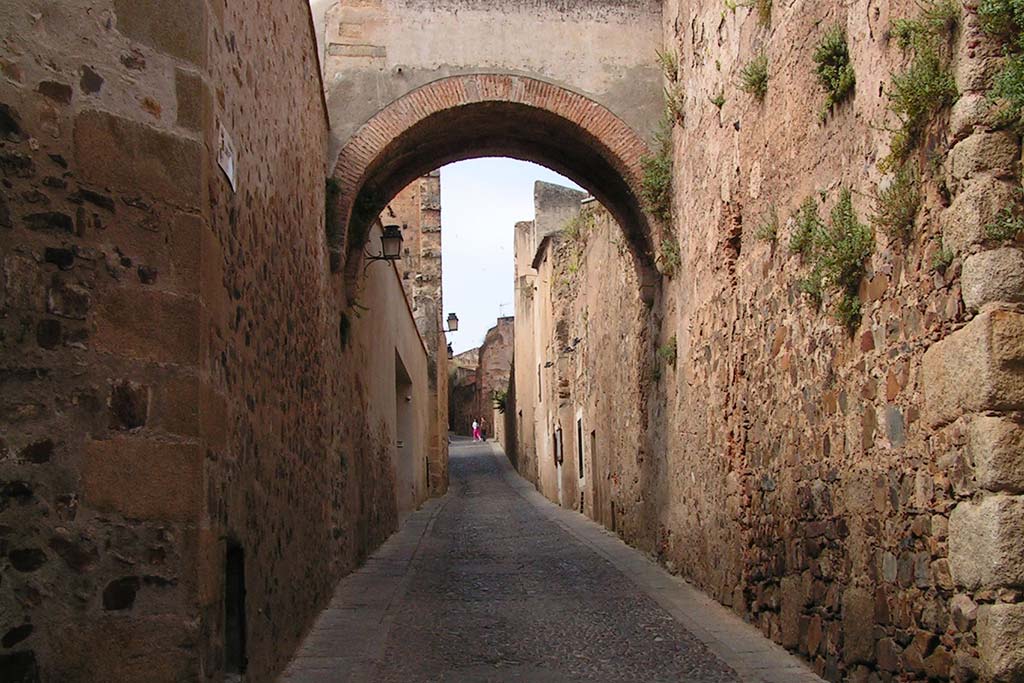 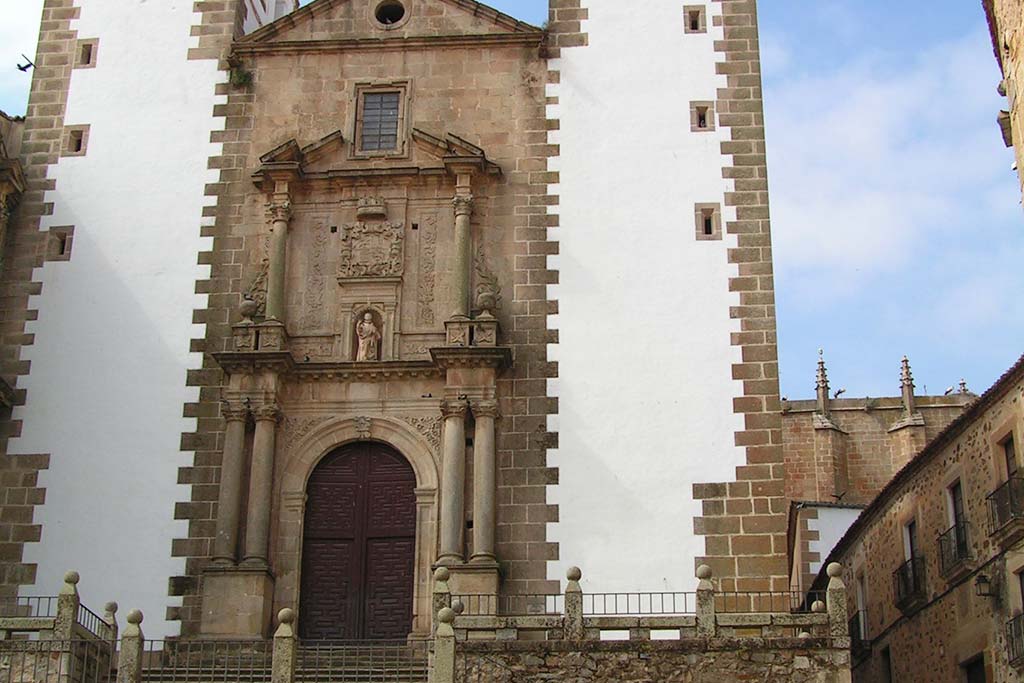 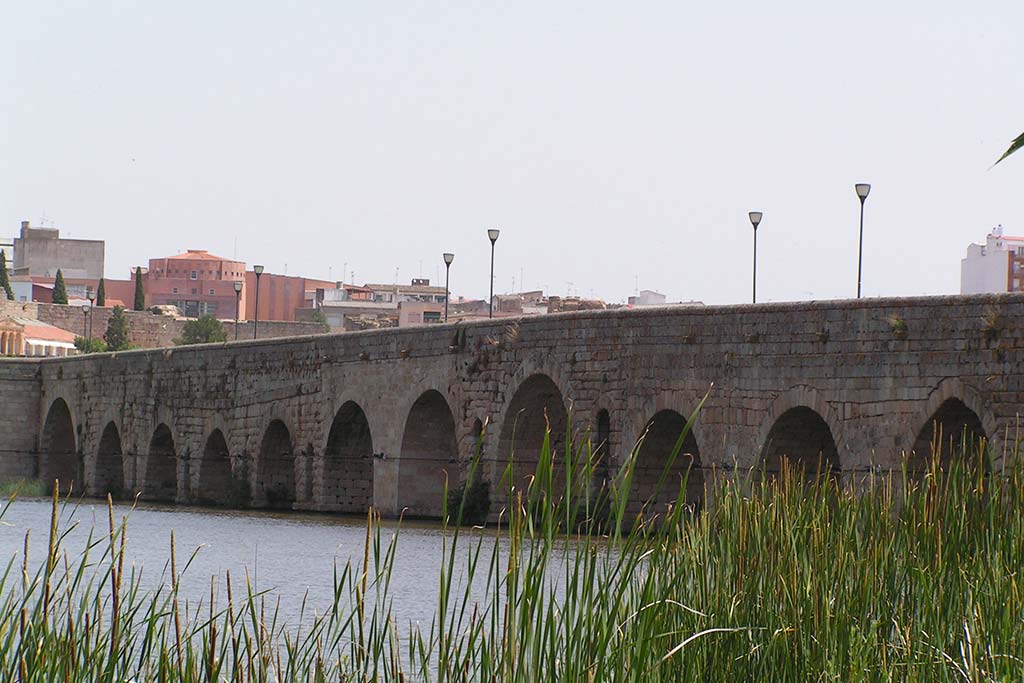 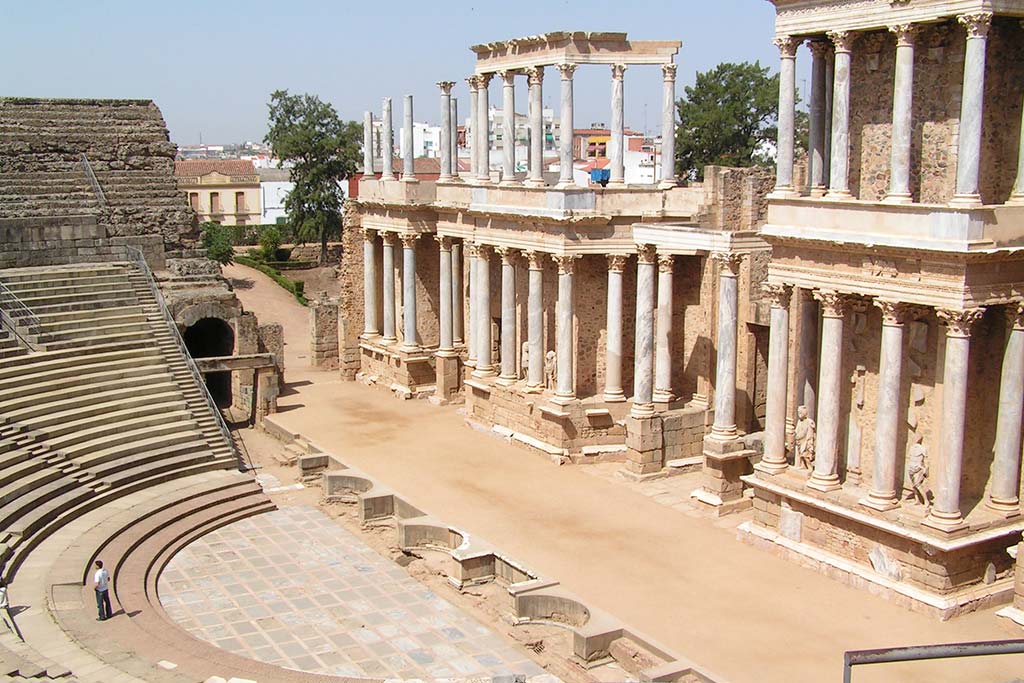 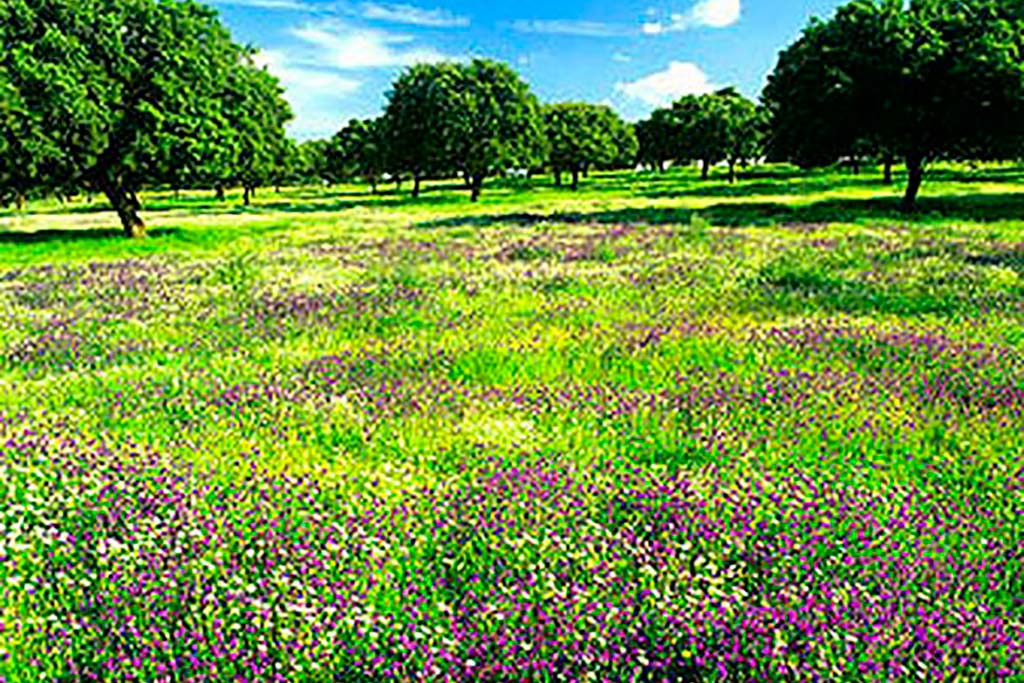 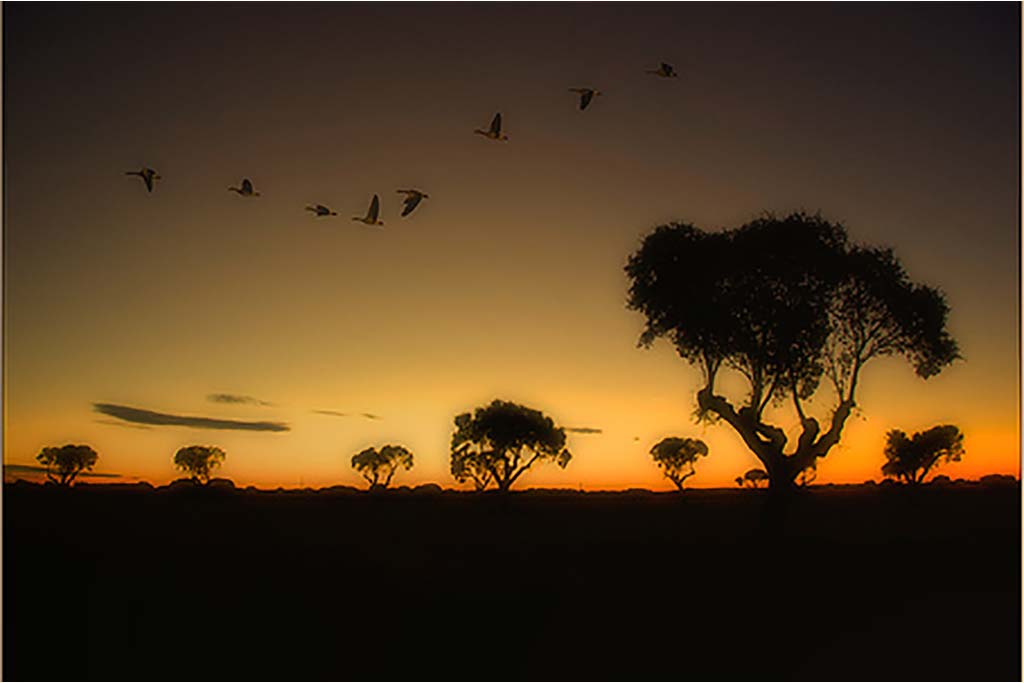 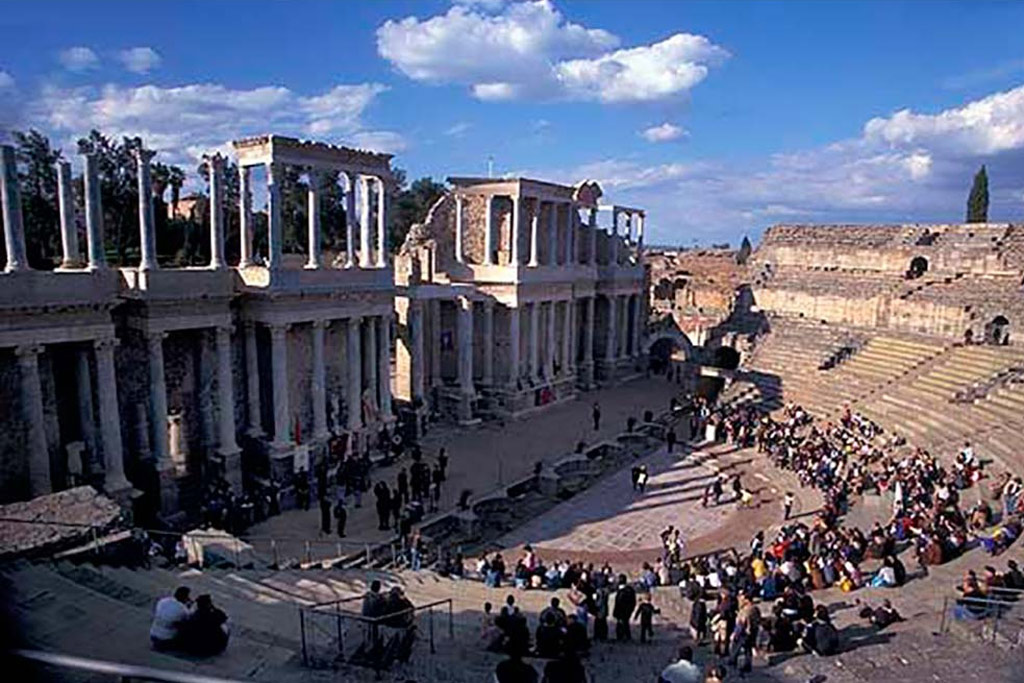 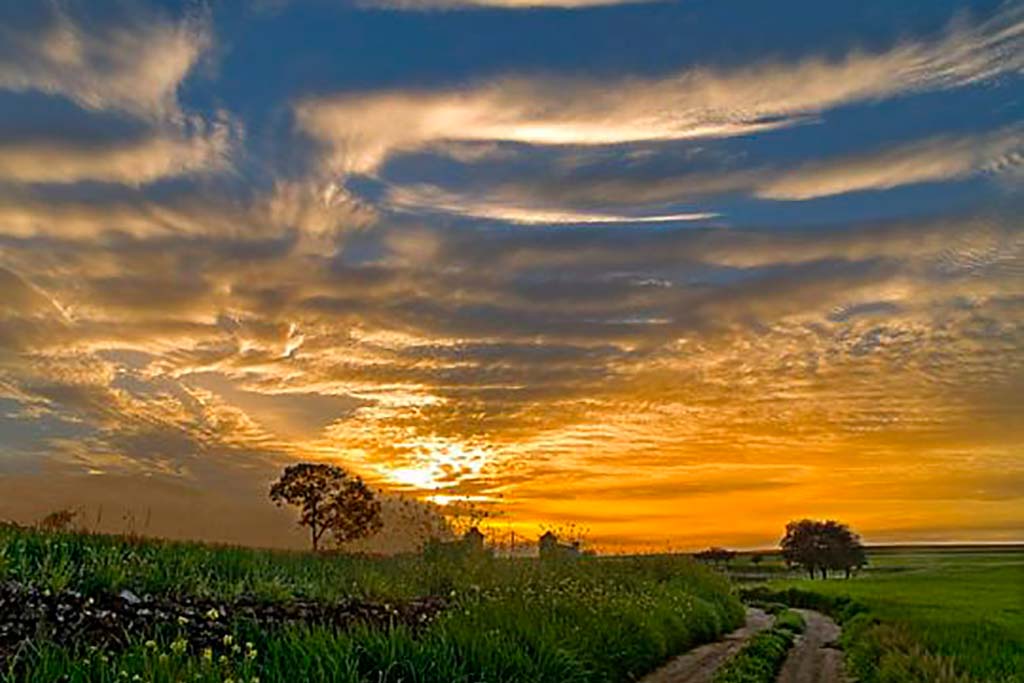