Alfonso II has gone down in history as the first pilgrim to the tomb of the Apostle Santiago in Compostela.  At the end of the 8th century, the Asturian king Bermudo abdicated in the young Alfonso, known as the Chaste.  Alfonso II was challenged to face Muslims who had settled in southern Spain. Therefore, he promoted the reconquest against the Moors.

Moreover, one of the most important victories led by Alfonso II is the conquest of Lisbon, which even impressed Charlemagne himself.

In 813, the bishop of Iria Flavia told the king that the tomb of the Apostle had been discovered. Then, Alfonso decided to travel from Oviedo to Santiago yo verify it. This discovery is reflected in the Concord of Antealtares. A text that tells how Alfonso II travel from Oviedo, in northern Spain, to visit the remains of the Apostle.

Later, Alfonso II ordered the construction of a small chapel to host the remains of the Apostle. This church would become a Cathedral, the great Romanesque structure, with later Gothic and Baroque additions.

In this way, the discovered of the tomb and the pilgrimage of Alfonso, result in the so-called Primitive Way or Original Way  (Camino Primitivo in Spanish). This Way is considered the oldest route of all the routes of the Camino de Santiago. 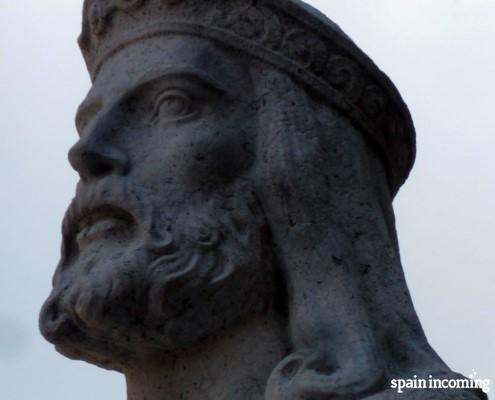 Today, the Camino Primitivo is included in the list of World Heritage Site as it has a great heritage value. In addition, everyday more and more pilgrims decide to walk the Primitive Way and follow the steps of the king Alfonso II.

If you want to walk this Camino, you will need approximately two weeks. There is also the possibility of do the Camino Primitivo in two different sections: from Oviedo to Lugo and from Lugo to Santiago.

Walking this Way could be a little hard in stages that runs along the mountains that separate Galicia from Asturias. Nevertheless, it is suitable for all audiences with a normal physical condition.

You can also read: