Home/The history of the Way of Saint James

The history of the Way of Saint James begins with James, one of the twelve apostles of the Bible. He was a humble fisherman, son of Zebedee and Salomé, and brother of John the Apostle. Read on and discover the origin of the Camino de Santiago de Compostela.

After the resurrection of Jesus, James also known as St. Jacob, St. James the Great, the Apostle St James or the Spanish name Santiago (that derives from the Hebrew name Jacob (Ya’akov) via “Sant Iago”, “Sant Yago”, “Santo Iago”, or “Santo Yago”), was one of the apostles that went to evangelize the Iberian Peninsula.

Unfortunately, when St. James’ evangelism  attempt failed, he had to return to Jerusalem, where he was executed by Herod Agrippa. Therefore, the Apostle St. James is the first of the Apostles martyred for his faith.

According to legend, his disciples Atanasio and Theodore carried his body by sea in a magic boat. They landed in the port of Iria Flavia (place of the first preaching of the Apostle), in the Ría de Arousa, part of the coast of Galicia. The boat was tied to a rock called pedrón, which gives name to Padrón, the current name of the village. Nowadays the Portuguese Way passes through Padrón on the last stage before reaching Santiago de Compostela. 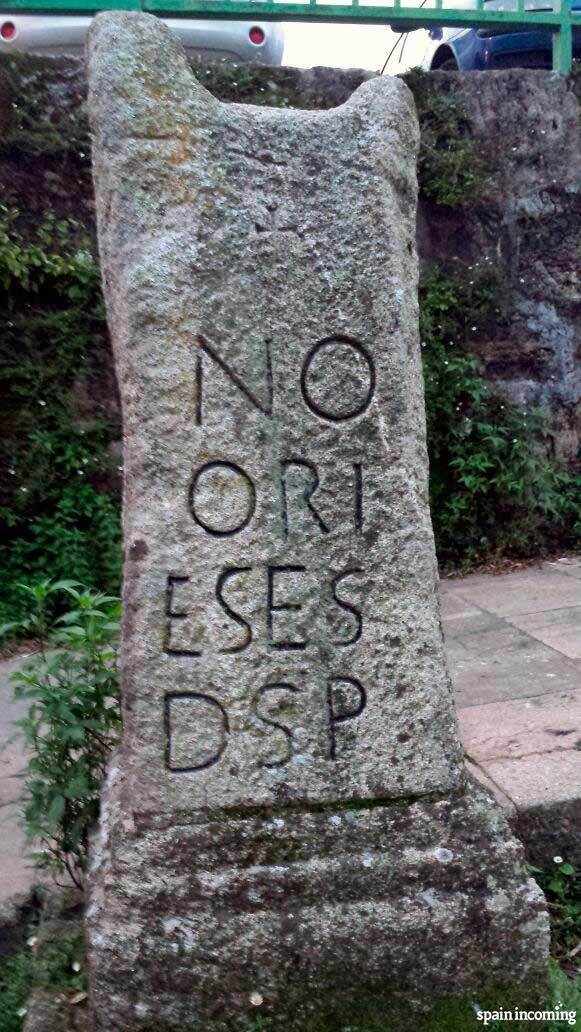 The history of the Camino de Santiago – Replica of the © Dodro

Iria Flavia was under the rule of pagan Queen Lupa who deceived the disciples Atanasio and Theodore. She offered them two bulls to carry the Apostle’s rests to a safe place to bury it, but bulls were fierce and wild. Finally, a miracle occurred and the bulls walked to the ideal place to bury the body. Queen Lupa converted herself to Christianity after the miracle.

Appearance of the Tomb of the Apostle

In order to safeguard the tomb of the Apostle, he was buried in a safe and unknown place. The story says that in 813, the hermit Pelayo saw a shooting stars shower on a hill. Then, one night he dreamed with the Apostle St. James who revealed himself the place where his tomb was: the hill. From his dream, Pelayo went to the hill and discover the disappeared tomb. The bishop of Iria Flavia, Teodomiro, communicate the great notice to the King Alfonso II who walked from Oviedo to Santiago, being the very first pilgrim of the Camino de Santiago. The route he followed is today known as Primitive Way. 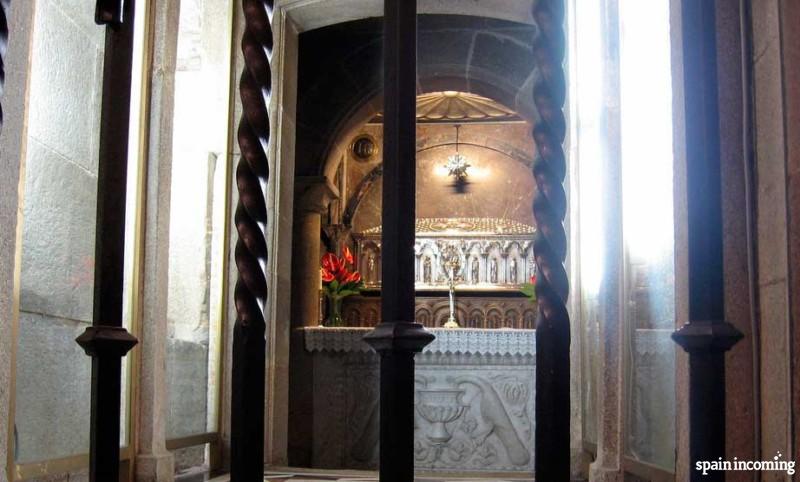 After his event, the Apostle St. James was proclaimed as the Patron of the Galaico-Astur kingdom. A chapel was also built in the place where the tomb was found and over centuries, this chapel become the great Cathedral we know today. As well as, the city grew around the temple and received the name of Santiago de Compostela (Campus Stellae: field of stars).

For several centuries, the Arabs had settled and ruled southern and central Spain. Santiago or St. James, became the symbol and protector of the reconquest. He was represented as a Saint and a warrior against conquest Moors, he was called Santiago Matamoros, St. James the Moor slayer. The leyend says that  many times and miraculously, the Saint fought on a white horse to help Christians. The reconquest was achieved in 1492 by the Catholic Monarchs. 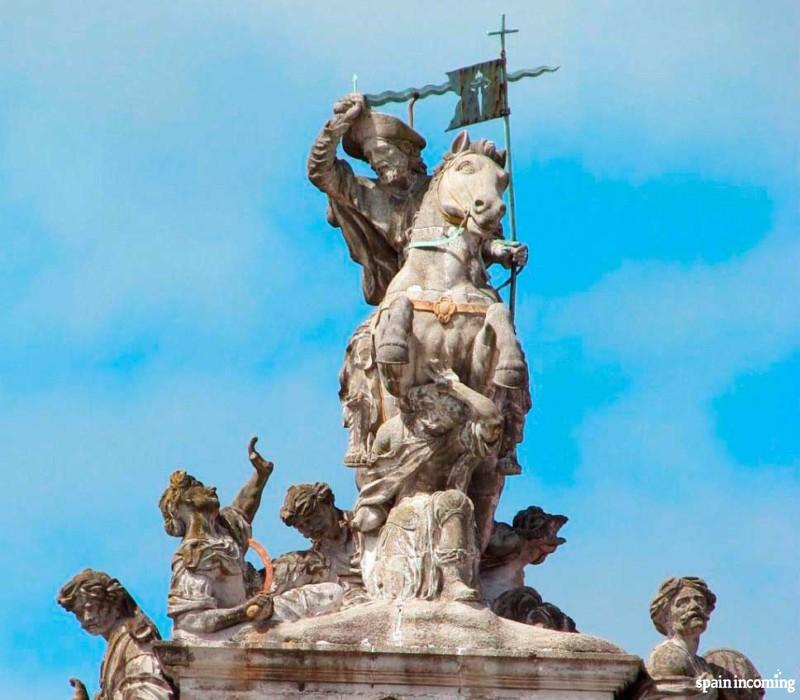 The history of the Camino de Santiago as Moor-slayer © Oilisab

Santiago de Compostela as new place of pilgrimage: the beginning

After discovery of the tomb and the pilgrimage of King Alfonso II, Christians from different parts of Europe started to pilgrimage to Santiago. The main reason of pilgrimage was Christian faith, making Santiago de Compostela the third major center of the Christian pilgrimage, after Jerusalem and Rome.

According to different history books, ancient pilgrims often had to sell or mortgage his possessions to finance the pilgrimage trip. Wills were often done as well as orders to administrate the goods during the pilgrimage. Moreover, the Church actively used to intervene in this function of tutelage.

The motivations for doing the Camino vary from person to person, for example:

In this era, pilgrims often went in groups to protect themselves against bandits, natural disasters, poor road conditions…

Growth of the Camino de Santiago

The need to improve services on the Camino was increasing over years due to the large number of pilgrims. With the expansion of the pilgrims, a network support for them have been creating over years: churches, monasteries, family homes, hospitals, guest houses, bridges, roads. People settled their homes next to the route.

In order to avoid lootings, pilgrims walked in groups and also until the 13rd century a Catholic military order called Templars safeward the Camino.

However, The Camino suffered different periods, for example in the 18th century it suffered a huge decline. Most accommodations and facilities closed.

Renaissance and recovery of the Camino de Santiago

The declaration of the Way of Saint James as Cultural Route helped the, Galician government to settle a schedule of activities under the name “Xacobeo” in order to promote the Holy Year in 1993.

Nowadays, there are specific plans of promotions both by the administration and private companies to keep the Camino protected and well preserved.

Celebrations in honour of St. James

On July 25, Santiago de Compostela celebrates a festivity in honour to St. James and it is also the Day of Galicia. When the 25th of July falls on a Sunday, it will be the Holy Year. The following Holy Year will be in 2021. 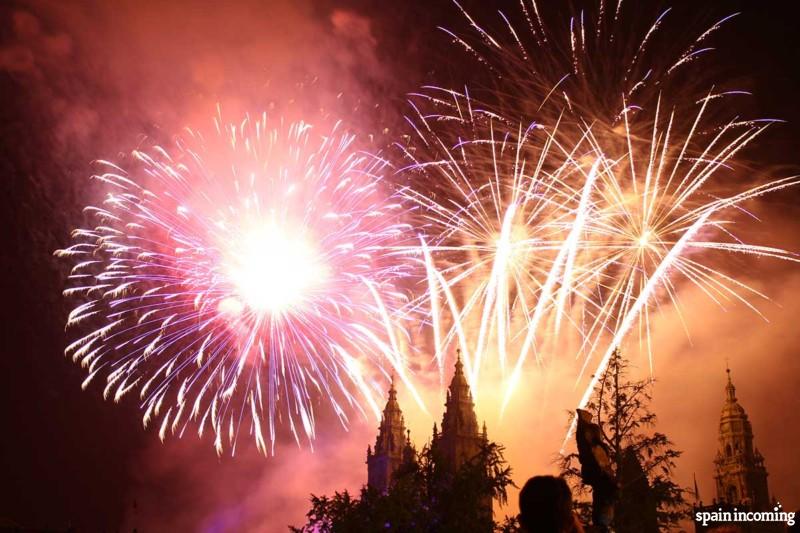 Nowadays the Camino is one of the major routes of Pilgrimage.

How to make it to Santiago

Moreover, once you make it to Santiago you can get a certificate that proves you made one of the Official routes to Santiago de Compostela. If you want to learn more on how to obtain your certificate please read our Pilgrims certificates blog.

We’re waiting for you, pilgrim! Let us be your Incoming Agency for the Way of Saint James.  Buen Camino!