The Camino de Santiago routes are full of monument heritage that you can visit or even rest in them: we talk about of Pazos (manor houses) and castles, but also rectory houses, convents, churches, monasteries and even cathedrals. Unique places where the stone is a witness of history. You have the chance to find them in all routes to Santiago de Compostela. We highlight those that you cannot ignore.

The monastery of San Julián de Samos, founded in the 6th century, belongs to the order of the Benedictines and is situated in Samos in the Lugo Province, Galicia, Spain. The monastery was a college of Theology and Philosophy and is an important stop on the Camino de Santiago, since it has a hostel. In 2015 with the extension approval by Unesco of the Northern Ways as a World Heritage, the Samos Monastery Cathedral was included as a “Retrospective Inventory – Associated Elements”. 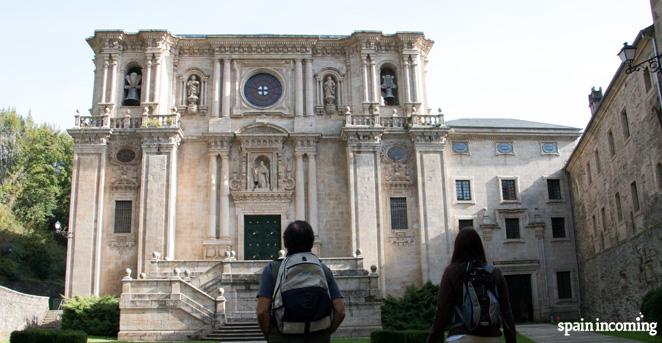 The Oseira Monastery is a Trappist Monastery situated in the Ourense province in Galicia. It is a must stop for those pilgrims who choose the Via de la Plata – the Silver route of the Camino de Santiago. It dates back from 1137 and was occupied by French Monks, who abandoned the monastery in 1835. A few years later, in 1929, was rebuilt. Nowadays just 13 monks live there and there are guided visits for those who want to know more about the history of this impressive building. Pilgrims can buy chocolates and liquors made by the monks. 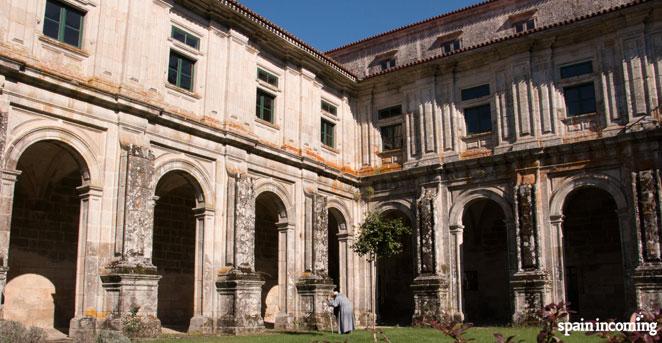 Choosing the Northern Way means to pass by the Mondoñedo Cathedral which receives the nickname of the “Kneeling Cathedral ” for its perfect proportions and low height. It was declared a National Monument on May 23, 1902 and through a Papal bull was also named basilica. In 2015 with the extension approval by Unesco of the Northern Ways as a World Heritage, the Mondoñedo Cathedral was included as one of the individual assets of the coastal Caminos.

The monastery of San Zoilo is located west of the town of Carrión de los Condes, near the Carrión River Bridge in the direction of Sahagún, in the province of Palencia, Spain in the French Way. It is currently a hotel called Hotel Real Monasterio San Zoilo. In 2015 with the extesion approval by Unesco of Northern Ways as a World Heritage, the San Zoilo Monastery was in included a “Retrospective Inventory – Associated Elements”. 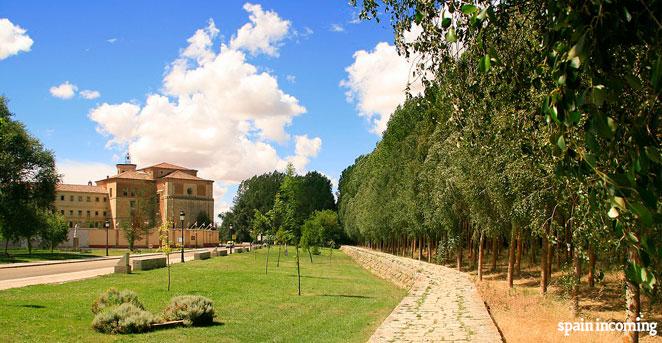 These old buildings where linked to the ecclesiastical power, in fact, they were and are located in rural villages, property of the local clergyman. They are large houses attached to church, from where the rural clergy managed the divine affairs and lands. In Galicia you can find large number of this houses because Galicia would not be understood without the church and the power of the priest.

This Rectory house was also property of the church and now hosts pilgrims of the French Way. It is located in the village of Palas de Rei and its current owners rebuild it decade ago and, combining with the traditional and the avant-garde architecture in order to open it again as a beautiful rural hotel. 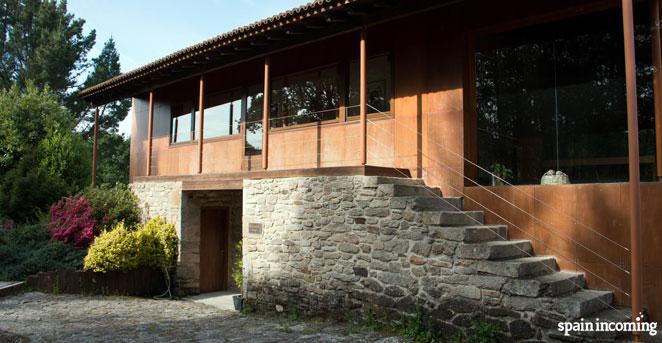 This 78-room guest house is located in the Abbey of Ntra. Sra. de la Anunciación in Santo Domingo de la Calzada from the XVII century, right in the French Way in La Rioja Province, Spain.

The abbey is also a center of spirituality for those who wish to have a few days of silence and reflection, such as prayer groups, youth gatherings, workshops, retreats, spiritual exercises, etc. 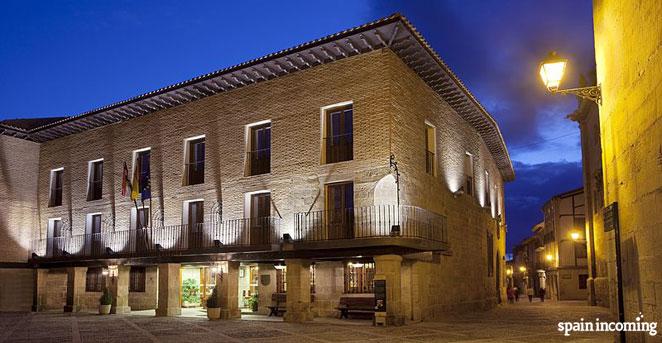 Pousadas de Portugal is a Portuguese chain of luxury historic hotels, created in the 1940s. There is a total of 44 pousadas installed in historic buildings. This group is owned by the Portuguese State and is managed by a private group, the Pestana Pousadas Group.

Right in the border between Spain and Portugal by the River Miño rises the Portuguese border town of Valença do Minho in the interior Route of the Portuguese Way.

It is dominated by the fortress of two towers and double walls of the 17th and 18th centuries. In Valença do Minho, the Pousada de São Teotónio is inside the old fortress and offers incredible views of the river and Tui, located on the opposite bank, in Galicia – Spain. Located inside the fortress of Valença (which dates from the 13th century and is a candidate for UNESCO World Heritage) offers wonderful views over the river Minho and Tui Cathedral. 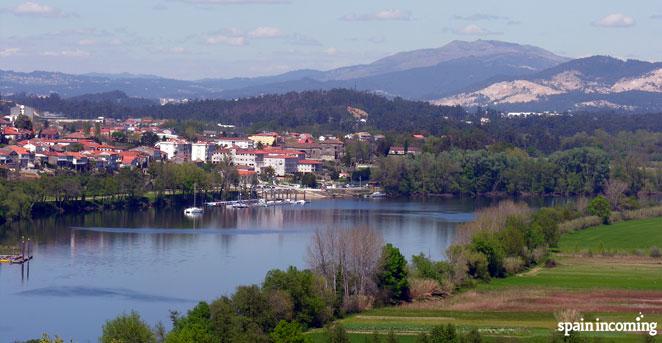 Views over the River Minho from Valença do Minho