Portuguese and Galician (spain) wildfires are under control

Home/Portuguese and Galician (spain) wildfires are under control

Portuguese and Galician (spain) wildfires are under control

Throughout this week wildfires have destroyed large hectares of the central region of Portugal and different municipalities in Galicia. Both countries are still in alert but major wildfire is under control. although pilgrims must take precautions, there is no danger. 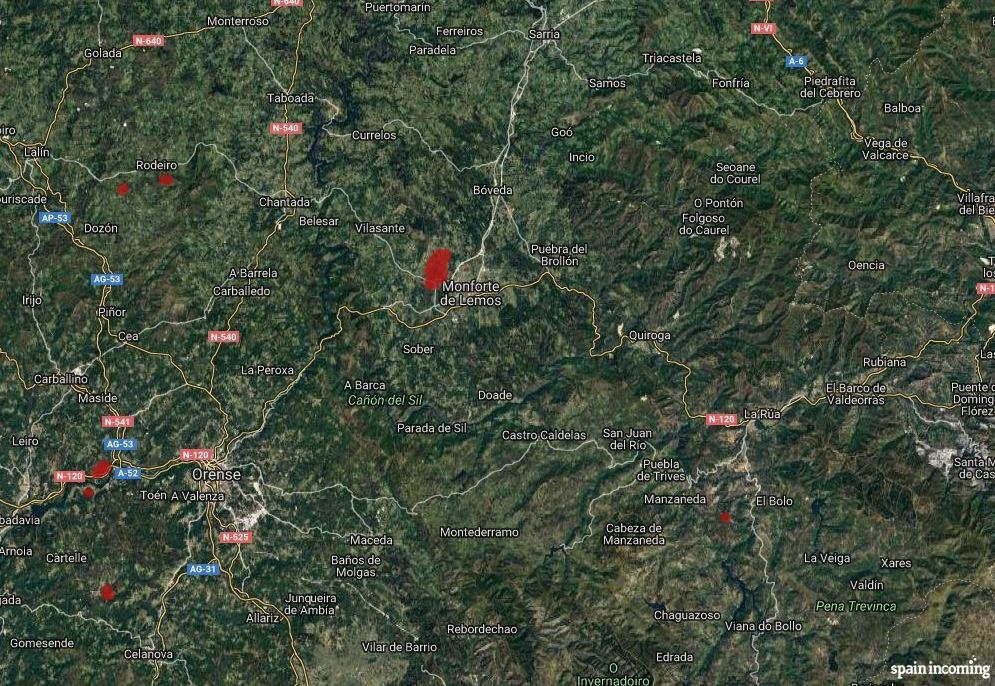 The Galician community is suffering wildfires. At this moment, there are two wildfires that could affect the Winter Way and the Fisterra-Muxía Way. Both are controlled and without danger to the pilgrim since the Caminos haven’t been affected by the flames.

One of the fires has been in Fisterra in the parish of Sardiñeiro (Province of A Coruña). In the same province, in Porto do Son, a wildfire has also been recorded. Both are controlled and there is no danger.

The wildfires of Monforte de Lemos and Pantón (Lugo) have been the largest in the community. After burning 350 hectares, fire is under control. Pilgrims who are doing the Winter Way, especially the Monforte – Chantada stage, must take into account the situation. Still, as Security forces said, the wildfire is controlled and there is no danger.

Other wildfires in Galicia

There are 4 active wildfires in Portugal: in Paus (Albergaria-a-Velha), Macinhata do Vouga (Águeda), Lagoa da Mó (Rio Maior) and Veiga (Águeda). Although all of them are controlled, Security Forces inform that, in the case of Águeda, the Vouga railway line – the sections between Mourisca and Sernada do Vouga – is still interrupted.

Caution is requested to pilgrims who are doing the stage of Águeda to Alberguería-a-Velha. The Alert situation decreed by the Government will be active until Sunday throughout the country.

Even so, we remember that the authorities have reported that all active fires are dominated and controlled. Moreover, in the case of danger, authorities will take the necessary measures and notify any changes that may occur to all citizens and pilgrims.